The best treatment for stage I testicle cancer

The road not taken

Testicular cancer is the most common solid tumor in young men. The high rate of curability is responsible for about 300,000 survivors worldwide. The achievement is underpinned by the visionary work of Lawrence Einhorn of Indiana University. It has been 40 years dedicated to the continuous development of a successful experimental model healing an aggressive solid tumor.Larry, a gifted physician, with extraordinary intelligence and sensitivity, completed his fellowship in clinical oncology at the MD Anderson Cancer Center in the early 1970s. At that time, he was disappointed with the low cure rate of the testicular cancer, which was restricted to patients with very early diagnosis. In 1973, Larry joined forces with John Donohue, whose surgical ability was already able to cure 20% of patients who have expressed extension of the testicular tumor to the retroperitoneal lymph nodes.Larry developed a combined chemotherapy regimen composed by cisplatin + vinblastine + bleomycin (PVB) and started to rescue patients with metastatic and/or progressive disease. His experimental model was further enhanced by the combination of cisplatin + etoposide + bleomycin (BEP), promoting reduction of toxicity and reaching the desired overall 95% curability index. In advanced disease, treatment of germ cell tumors (GCT) began to be sustained in 9 to 12 weeks of BEP-based chemotherapy, according risk criteria.

The prognostic gains obtained with BEP chemotherapy in advanced disease have been extrapolated to stage I GCT, especially in its nonseminomatous (NS) morphological expression. Approximately 75% of these patients are cured exclusively with inguinal orchiectomy. The remaining 25% will be cured almost entirely (99%) with aggressive rescue treatment, adding more toxicity. The identification of high-risk NS-GCT in stage I, would eventually anticipate less toxic curative interventions. The main risk factors for recurrence on stage I NS-GCT are lymphovascular invasion, presence of embryonal carcinoma and a T3/T4 tumor. The presence of any of these prognostic indicators increases the risk of relapse to approximately 50%. There is no standard recommendation for this situation. Active surveillance is dependent on the accessibility to the health system and adherence of the patient to the proposed monitoring criterion. Another alternative is the retroperitoneal lymph node dissection (RLND) with nerve sparing, as proposed by Donohue, whose technical complexity makes it difficult to replicate in most of the international centers. The third alternative consists in the administration of only one BEP cycle, whose efficiency and safety have been recently well-documented.

An elegant study, published in the Journal of Clinical Oncology in 2008, recruited patients with NS-GCT stage I at 61 German centers. A total of 382 patients treated with orchiectomy were randomly assigned to RLND versus one course of BEP chemotherapy. After a median follow-up of 4.7 years, two recurrences were reported in the arm treated with one adjuvant BEP versus 13 relapses in the RLND arm (HR 7,937 P = 0.0033). Limitations are the difficulty in reproducing the Donohue technique in the RLND arm and the unnecessary administration of one BEP chemotherapy to 50% of the NS-GCT stage I patients.  Although an NNT=2 is quite acceptable, longer-term follow-up should rule out late toxicity associated with one adjunct BEP chemotherapy. More recently, a UK cooperative study has shown a 99.2% two-year survival for stage I high-risk patients treated with one adjuvant BE500P, which was similar to that observed with 2 cycles of BE360P.

Inspired on Dr. Lawrence Einhorn curative experimental model and Robert Frost poem the oncologists around the world are following the road not taken.

Choosing a road to follow aiming the best interest of the patient can be a challenging work to oncologists, especially if is a dark, experimental path. But as this text illustrates well, searching for new ways to treat cancers that don't have a cure (yet) is essencial to eventually find it. 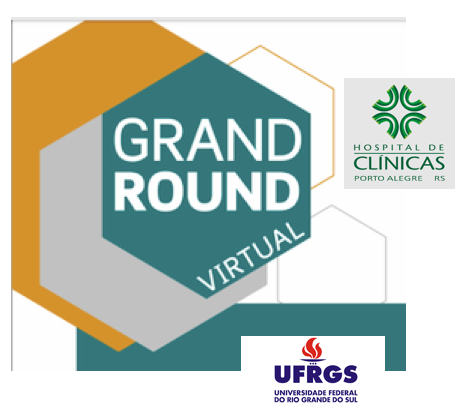