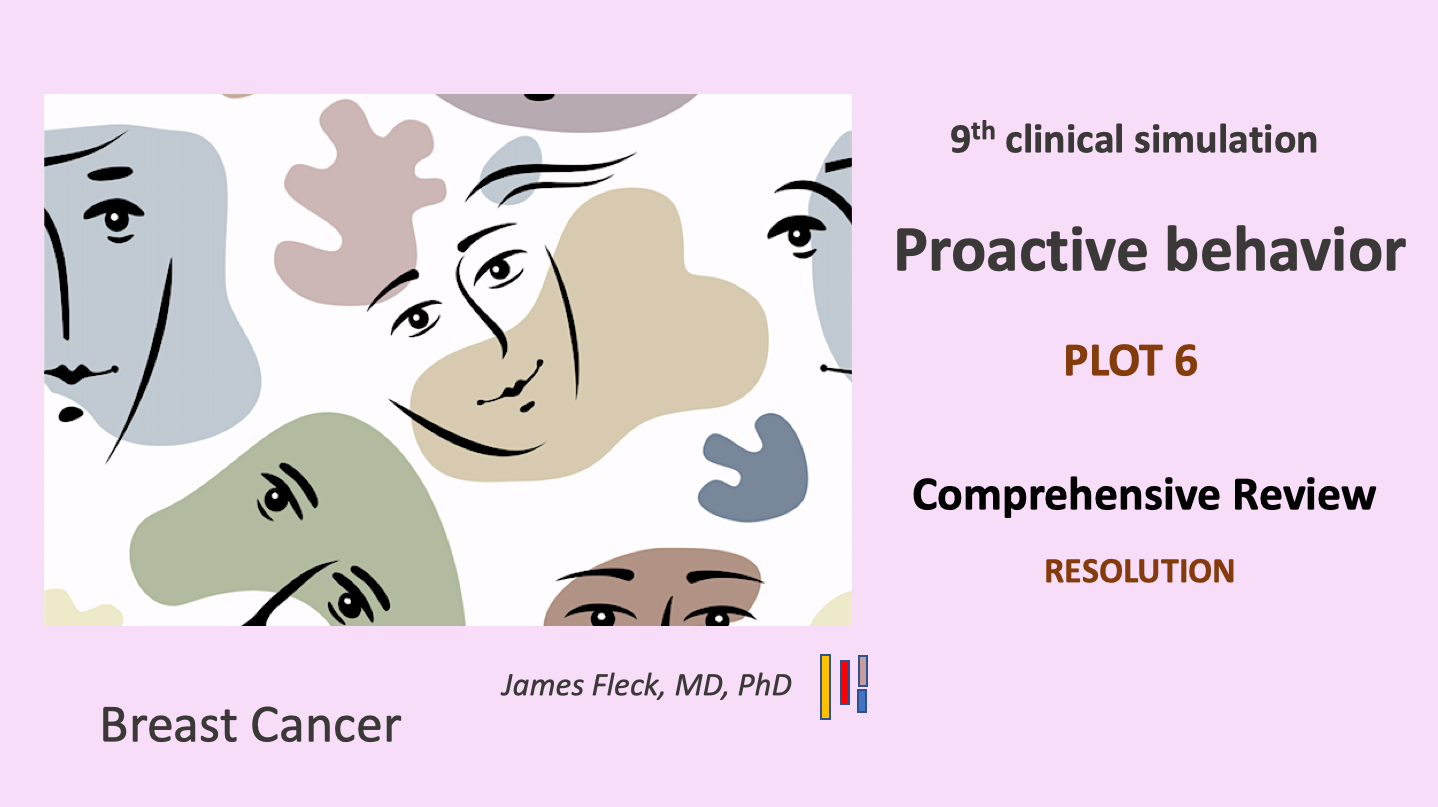 Resolution of the Ninth Clinical Simulation

How to deal with proactive behavior

Lyla was 27 years old when she was diagnosed with breast cancer. Her tumor was very aggressive and associated with genetic susceptibility. Three years earlier, she faced a bad experience associated with a clandestine abortion, which she qualified as a mistake, out of haste and immaturity. The neglect of the procedure was followed by a perforation of the uterus and Lyla underwent an unexpected hysterectomy. The secret nature of abortion left a lot of personal and family discomfort. Lyla's self-esteem was shaken, her sister Theresa felt responsible for the connivance and the parents felt incompetent in detecting their daughter's hidden suffering. The parents blamed themselves, assuming they had inadvertently exercised a strict moral education.

Lyla's proactive behavior predated cancer diagnosis. Six months earlier, Lyla had revealed to the family her intention to undergo assisted reproduction. She was aware that the lost child was irreplaceable, but she saw in motherhood a possibility of rescuing guilt, alleviating the imposed family suffering. Lyla's proactiveness intensified during her cancer treatment. Lyla and her family begin to orchestrate a set of complex sequential decisions, trying to harmonize cancer care with pre-planned assisted reproduction. Both objectives were fully achieved.

Proactivity is a behavioral trait in which the person takes full responsibility for their own actions and feelings. It is characterized by autonomy, determination and courage. The proactive patient usually avoids a passive and submissive attitude towards the disease. They stay informed, connect and drive better results. Proactivity facilitates communication, clearly expressing goals and feelings. There is no room for ambivalence, which accelerates important and coherent decisions. Proactive people have a keen critical sense, valuing a rational approach in proposed medical interventions. They do not accept impositions, prefer to participate in the choices, listening and judging the recommendations. They are focused on the objectives, remaining adherent to the processes that lead to the expected result.

Lyla's story is an illustration of proactiveness. She precociously took control of her own life. She crossed borders and exercised self-criticism. She actively sought the rescue of a hasty and traumatic previous decision. She had the support of her family, overcoming previous conflicts. She established emotional bonds with all medical professionals, being sensitive and adhering to recommendations. She took the lead in decision making, focused on her goals. Despite the adversities and challenges, Lyla built a favorable outcome.

* Attention: The story 9 was published sequentially from PLOT 1 to PLOT 6 and you will always see the most recent posting. To read Story 9 from the beginning, just click in the numbered links located at the bottom of the homepage.

After diagnosis, people like Lyla, are bombarded with facts and statistics, and it is really hard to keep a cool head. But the choices you make are critical and they may impact to the future and quality of life. It is terrible when an illness takes over your health; it is tragic when it takes over your life as well.