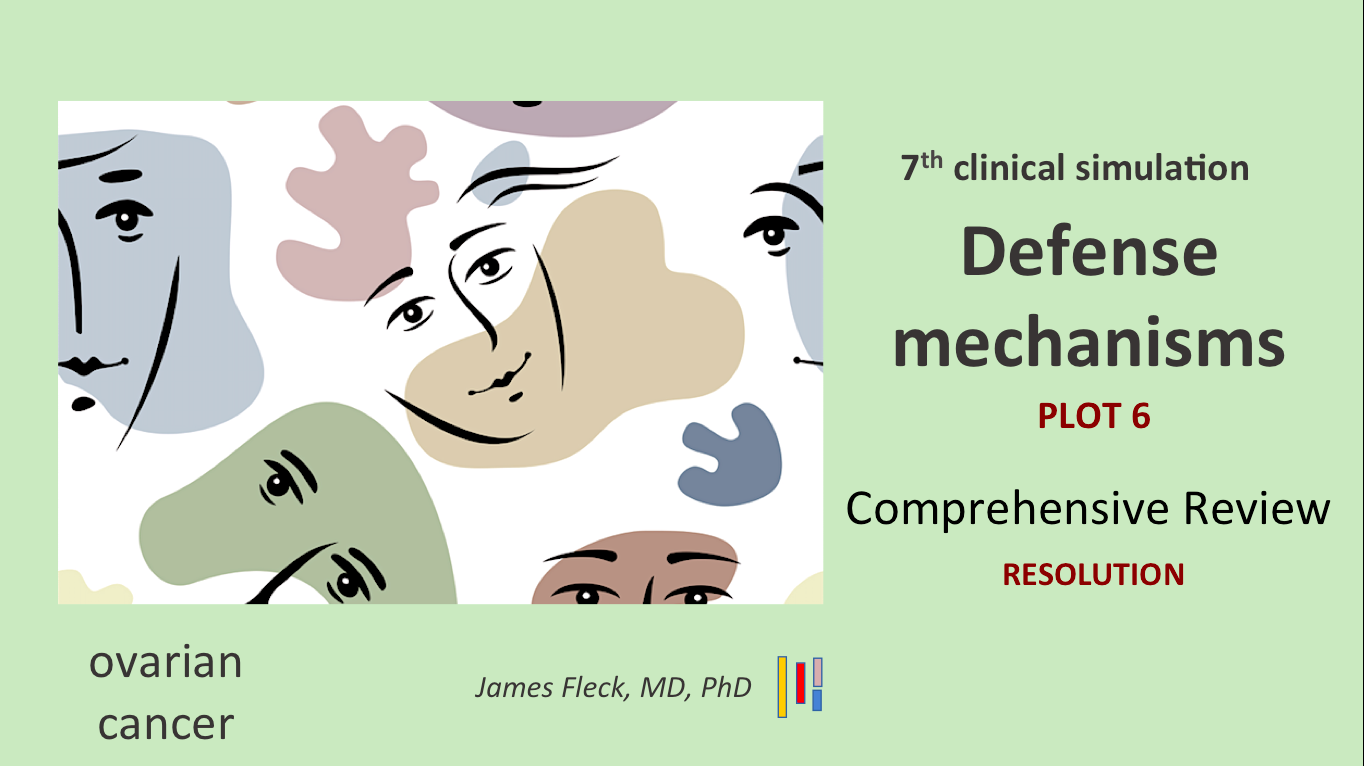 Choosing a defense mechanism is based on self-knowledge

Clara was a doctor, well recognized in her specialty and also for her dominant and rigid behavior. She divorced but retained custody of her children, who, raised under a dome of overprotection, remained childish. They were not prepared for adulthood and reacted with unexpected emotional immaturity in face of maternal illness. Clara's reaction was coherent, expressing self-knowledge. Long ago, she had assumed a familiar role of invulnerability. She could not accept the disease and consequent limitations. She denied it. She underestimate the problem, voicing impassive comments, sounding like she was talking about a third person. Despite her technical training, an emotional detachment prevailed. Any attempt at a rational approach was generally received as aversive and rejected. She used to react with indifference, protecting herself from suffering by exercising denial. I decided on a comprehensive but immediate approach. This would quickly rid her of the displaced aggression that was temporarily disrupting family dynamics. She knew her emotional limits and signaled the way forward. Clara engaged in a simplistic view of the disease and, despite maintaining denial as her main defense mechanism, tacitly accepted the treatment recommendation, quickly restoring family dynamics.

The choice for a particular defense mechanism is the result of an internal dialogue and an expression of self-knowledge. The decision is based on a subjective but deeply refined perception of one's emotional limits. This is why any defense mechanism chosen by the patient should not be challenged. It consists of a clear and objective sign of how the patient wants to be treated. It points the way to successful care management. The doctor needs to suppress his own anxiety and exercise a flexible attitude aiming only at the correct recommendation. The pace is dictated by the patient. Time is not limited. The doctor needs to be neutral, give precise technical guidance, but at the same time he has to be sensitive, tolerant and forgiving. Human relationships are not logical or predictable. The methodological principles that guide medical care must accurately and efficiently permeate human sensitivity. The message needs to be decoded by the patient, even when the language is metaphorical. The physician needs to make sure that informed consent occurred and was supported by the correct understanding of the patient, which transcended the theatrical scenario and clearly revealed itself in a doctor-patient relationship essentially supported by mutual trust.

* Attention: The story 7 was published sequentially from PLOT 1 to PLOT 6 and you will always see the most recent posting. To read Story 7 from the beginning, just click in the numbered links located at the bottom of the homepage.