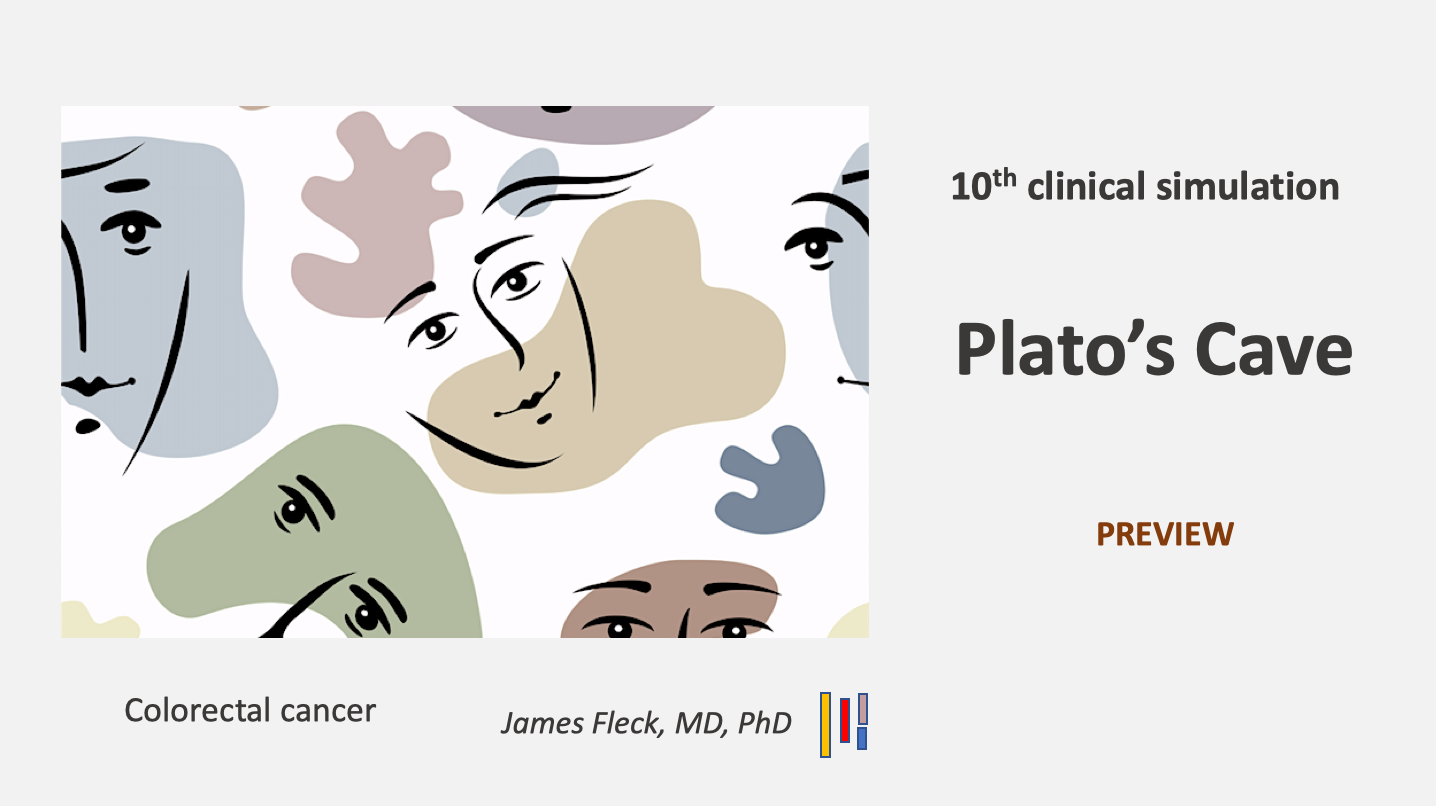 Preview of the 10th Clinical Simulation

Arthur suffered from a childhood fantasy. At a very young age, he inadvertently witnessed his father coughing up bloody sputum, which within a few months led to a deadly outcome. They had agreed to withhold the information. Arthur felt guilty. He never spoke about it again, hiding the facts in his unconscious mind. When Arthur was diagnosed with colon cancer, an unexpected association of events occurred. Ironically, the first clinical manifestation of the current illness was rectal bleeding. Despite a different anatomical location, the bleeding promoted an association of ideas, reinforcing the infantile fantasy and leading to an ideation of death. From the child's point of view, there was identification with the father's illness and Arthur was convinced that he would die.

The exposition (PLOT 1) occurred as a result of the family's initiative to stop the denial and depression behavior expressed by Arthur after the diagnosis. The raising-action (PLOT 2) took place during Arthur's first appointment. By expressing a feeling of repressed guilt, he overcame his death ideation. The conflict (PLOT 3) manifested when Arthur changed his behavior. After an open family dialogue, Arthur emerged from Plato's cave. The climax (PLOT 4) was characterized by an attitude of objective coping with the disease. Arthur began to actively participate in problem solving. In the falling-action (PLOT 5) Arthur faced primary tumor surgery, three cycles of conversion chemotherapy for liver metastasis, followed by partial hepatectomy. The resolution (PLOT 6) is presented here by the storyteller in a comprehensive biopsychosocial approach.

The graph presented below is a simplified depiction of the tenth story's emotional flow. At each PLOT element the patient-physician relationship leads to emotions that occur along distinct time intervals (△t). The actions are responsible for the emotional flow, which is unique to each story. The continuous sinuous blue wave represents the oscillating patient’s emotional status, with the larger inflection representing the “turning point”.