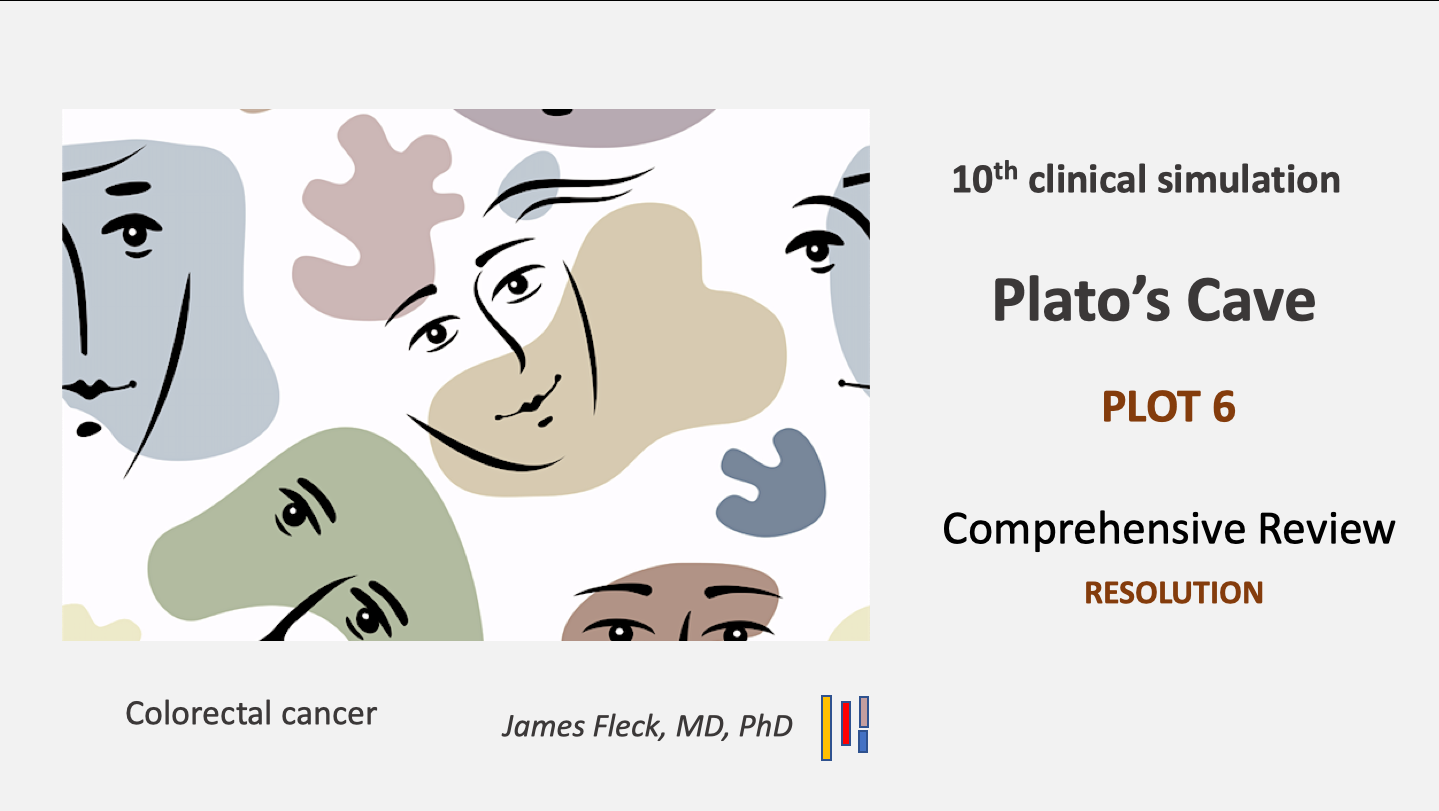 Arthur suffered from a childhood fantasy. He witnessed his father's illness, who had an episode of bloody sputum before his death. He agreed with his father to hide the information from the family. He felt guilty. He never brought it up again, hiding it in his unconscious. When he got sick, he remembered his father's suffering. Ironically, the first clinical manifestation of his disease was bleeding in the stool, which, regardless of the different anatomical location, promoted regressive behavior. The inappropriate association of ideas caused a return to the child's fantasy behavior and ideation of death. From the child's point of view, there was identification with the father's illness, and Arthur was convinced that the same outcome was inevitable. Arthur had entered Plato's cave. He was chained to childhood fantasy. When he experienced it again during his illness, he was immobilized like the prisoners in Plato's cave. The commitment to the paternal agreement generated his immobility. In his regressive view, Arthur was unable to communicate the illness to his family. He came to accept death as an inevitable consequence.

The physician had to take a centripetal approach, working with the family on how to reach the patient. Past fantasy and guilt had blocked all of Arthur's interactions. Knowing the family dynamics opened a line of communication with the patient, taking him out of immobility and working on his rescue. Arthur resumed his critical view, leaving Plato's cave. Fortunately, contrary to the cave allegory, Arthur had already been in the real world throughout his adult life. He successfully exited, as his more recent real-world references were stronger than repressed childhood fantasy. Arthur had become a survivor of his own fantasies. In the real world, he always manifested rationality in personal and professional relationships. After leaving the cave, Arthur regained his self-confidence and interacted positively with the doctor in a sequential planning of his treatment and recovery. It was a complex situation, involving multiple professional interfaces and different procedures, but Arthur mastered the shared decision-making with success.

* Attention: The story 10 was published sequentially from PLOT 1 to PLOT 6 and you will always see the most recent posting. To read Story 9 from the beginning, just click in the numbered links located at the bottom of the homepage.