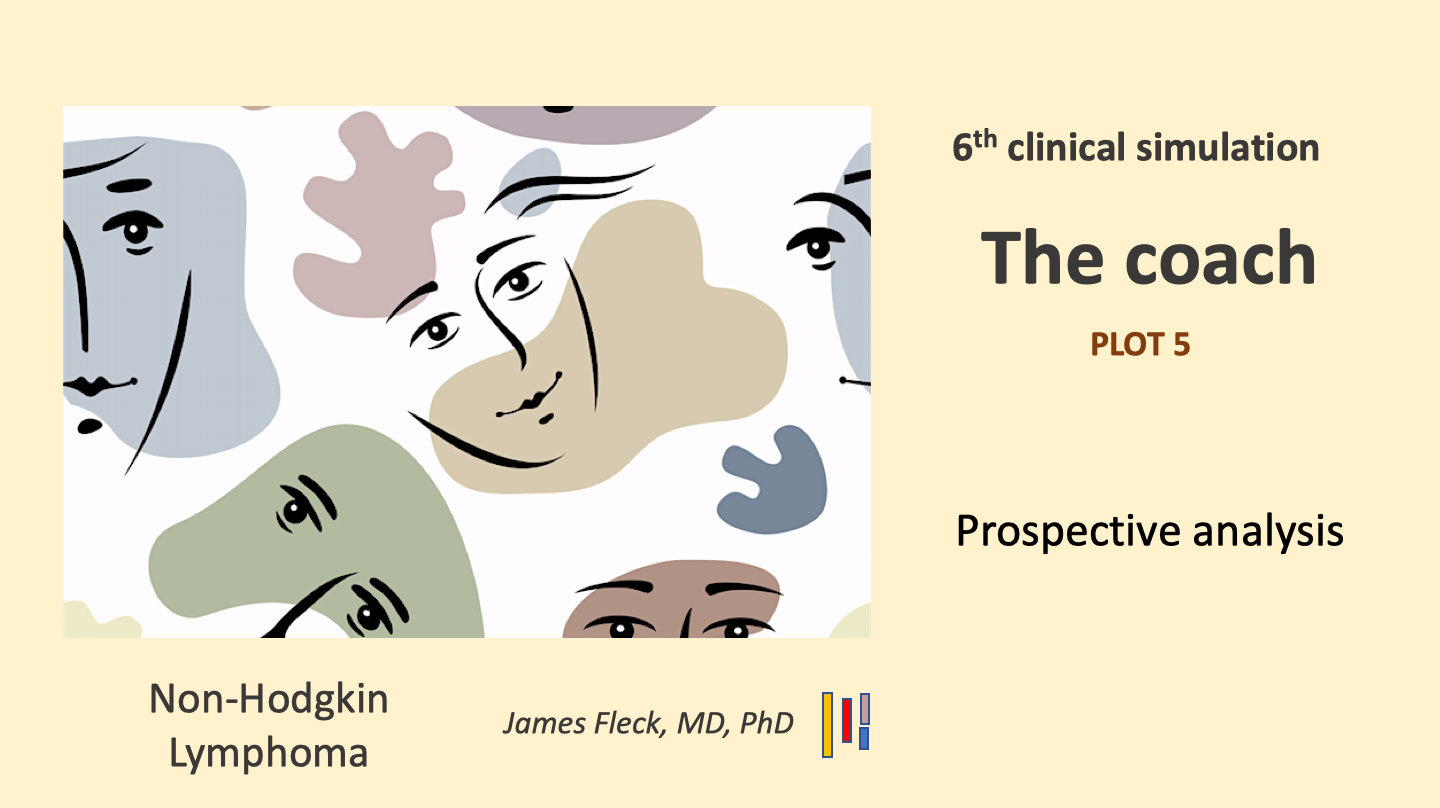 (Narrative by the doctor)

I was delighted with this couple! They demonstrated a good relationship, speaking in a curious, complementary, refined and precise way. They used to communicate with good humor, revealing a strong emotional connection. They also shared a very qualified critical view. This general behavior would generate for me a high expectation of how the couple would receive the cognitive input provided by the tutorial. I learned from Alex and Sue that the greatest value of the tutorial was its simple language, easy accessibility and a patient-centered approach. However, I had to agree with Sue about the need for medical monitoring during the tutorial application. If other patients took the same attitude, participating in their clinical investigation, the tutorial could be implemented and progressively improved in cancer care.

Alex returned to the subject. He said the tutorial helped him understand cancer treatment. He realized that his treatment would be with chemotherapy plus rituximab. He would like to know the risks associated with his treatment and how he would handle this unusual period of his life.

I explained that it was a toxic treatment. There would be hair loss and the need to assess and monitor his cardiac function. Hair loss would be reversible and cardiac function would be periodically followed up with a very simple ultrasound exam. Cardiac toxicity was due to a chemotherapy drug called doxorubicin. It was essential in his treatment and would be used up to a cumulative dose considered safe, but that did not neglect the need for periodic controls. Considering the combination of chemotherapy drugs, there would be a risk of DNA instability and the appearance of a second tumor. This risk was called secondary oncogenesis and affected less than 3% of treated patients. This would be a late event, which would need monitoring for many years after the end of chemotherapy. In addition, there would be a 30% risk of sterility and a need for continuous care against opportunistic infections, since his immunity would be reduced in some specific moments during all treatment period. I explained that the chance of nausea or vomiting would be low, since pre-medications would be used, which block the action of chemotherapy in the chemoreceptor trigger zone (CTZ) located in the medulla, reducing the stimulus at the brain's center of vomiting. I stressed that we would face all of these challenging situations together and that we would make every effort to minimize them.

Sue, showing concern, interrupted saying: "Doctor, we intend to have children in the near future. How should we deal with this expectation?"

I replied that the highest chance was that sterility would not occur and that, in addition, we would cryopreserve Alex's sperm. It consisted of freezing the sperm and storing it for as long as necessary. I stated that many of my patients previously treated for lymphomas had healthy children, both under normal conditions of fertilization for those who did not develop sterility, and with assisted reproduction for those who manifested this undesirable adverse event. I explained that sperm freezing was a simple, quick and routine procedure and that I would recommend a clinic specialized in assisted reproduction to accompany them in this preventive attitude, before starting chemotherapy.

Sue calming down, looked at Alex and said: “Well, let's stick to our plans. Just in case, we will also freeze the sperm”.

Alex embracing Sue, showed his affection and said that everything would work out in the end. Taking advantage of the moment, Sue asked what they could do to reduce the risk of complications.

I explained that this would be one of my duties. I would be aware of the risks and keep them permanently informed about controls and precautions. I suggested that he should take special care with drinking water and food. He would take only mineral water and preferably eat boiled food. I instructed not to drink alcohol and avoid contact with people who had fever or any other clinical signs of infection.

Before ending the consultation, Sue expressed a desire to discuss a subject that she considered very sensitive and that she had purposely left behind.

Sue was the daughter of a Filipino mother and a Brazilian father. The father died five years ago and the mother lived in Manila with an older son. Alex was an only child. His father had a history of alcoholism and stopped working two years ago. Alex's mother suffered from this dysruptive relationship, but kept the marriage in an altruistic, submissive and depressed attitude. Alex and Sue did not have a close relationship with any of the families.

I had already noticed that at no time the couple mentioned any interface with the families. They revealed ambivalence, facing the dilemma of whether or not to contact family members and report Alex's illness.

I reflected a little and asked what was best for both of them. Sue said that she would not communicate with her mother, as their contacts were very casual. Alex was closer to his parents. He said that although he did not feel the need for parental participation, he could not hide this situation from them. Alex and Sue were totally independent, but they always had an understanding and protective attitude towards their parents. Alex said that his parents' anxiety would have to be worked on emotionally and requested my intervention.

I reassured them and said that I would be available to help their families. I advised Alex not to show insecurity when communicating the problem to his parents. I suggested that he explain in detail to both parents that everything had already been investigated and that his treatment would have a great chance of cure.

We have finished the consultation. Alex would go to the fertility clinic to collect and freeze the sperm and I would schedule the first cycle of his treatment.

After a few weeks, Alex had already completed three treatment cycles. He was fine and had minimal adverse events. I had requested a new PET-CT to objectively assess the response to treatment. The result was excellent, as there was no more metabolic activity in PET-CT. I explained to Alex and Sue that this finding represented a favorable response, showing that we were on the right track. I informed that regardless of this favorable preliminary result, Alex would have to complete all planned treatment, in a total of three more cycles. I explained that the data available in the international literature still did not allow to reduce the treatment time, even when the initial response was so favorable. Since cycles of chemotherapy with rituximab were repeated every three weeks, I would estimate the end of his treatment in about two more months.

Today, two years have passed and Alex and Sue are doing well. They had a healthy girl who recently turned six months old. Alex did not develop sterility and there was no need to use the sperm bank. Alex kept his regular follow-up and always comes to the office accompanied by Sue and Victoria, a commemorative name attributed to their daughter.

They keep calling me coach.

Meanwhile, I kept the routine of my life. In the intervals of consultations, I used to reflect on the question of information. A tutorial was created  in an attempt to explain Medicine to the patients. I felt reciprocity on the patients' part and had the impression that everything was running faster and more effectively. It seemed that the information had a catalytic effect, unifying the efforts of the doctor, the patient and their families in the search for results. I felt that the information put the doctor-patient relationship on a more human and balanced level. It was driving away magical or mystical thinking. Everyone was working on facts and sharing common goals.

* Attention: The story 6 will be published sequentially from PLOT 1 to PLOT 6 and you will always see the most recent posting. To read Story 6 from the beginning, just click in the numbered links located at the bottom of the homepage.

The tutorial can be accessed at the link: http://www.jamesfleck.com/tutorial?locale=en