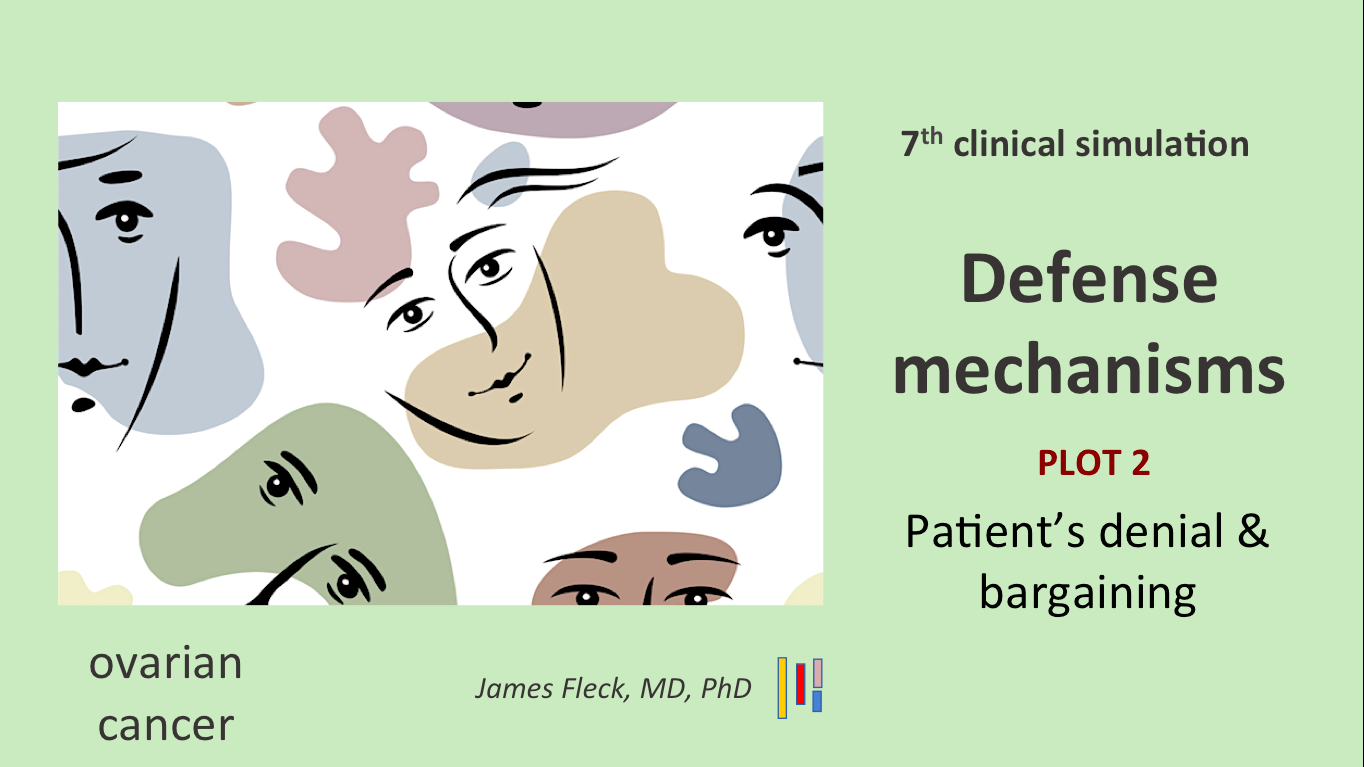 Clara had been informed by the children about the previous appointment, revealing their insecurity and anxiety. She had reassured them, saying that she would solve the problem herself.

Two days passed and Clara made an appointment.

She came alone, bringing a flash drive containing images of her recent abdominal CT scan and some laboratory tests. She mentioned the diagnosis of an ovarian cyst, reported about one month ago. She informed that she had not communicated to her children, as it was a benign disease that would only require a low-invasive surgical procedure.

It was a very contradictory version…

I asked Clara if she want my professional opinion.

Clara replied ambivalent. She could not understand why it would be necessary a clinical oncology advice for a benign disease. But, anyway she did not want to conflict with her children and so she showed up for consultation.

Ironically and abruptly , she handed me the flash drive. It was a non-verbal communication, but her body language made me know that I should take a look into the CT images.

I uploaded the images onto a computer in front of her, so that we could both see the abdominal sections. There was a large and heterogeneous mass, occupying almost the entire pelvis. We both looked at the radiological report that clearly described a malignant tumor. A circulating tumor marker, called CA125, revealed an abnormal high value (67 U / ml). Although it was not possible to make a definitive diagnosis for sure, the result was very indicative of ovarian carcinoma. There was also a small volume of ascites, a liquid accumulated within the peritoneal cavity, often found in the clinical presentation of ovarian cancer and indicating a pattern of peritoneal spread of the disease.

I called Clara's gynecologist. He mentioned that he had described, in detail, all the findings for the patient and recommended staging surgery. He had warned her of the disease's malignant clinical behavior and the uncertain prognosis. At that moment, Clara was surprised by the unexpected finding, stating that she would have to think. After a week, she hid the exams in her bedroom and never looked at them again.

It was clear that Clara had developed a defense mechanism called denial, which had persisted for more than a month, underestimating the importance of the disease. I would have to find a way to make her understand the need for surgical intervention, despite the shutting down attitude. In addition, the family was restricted to two adult children, who were clearly immature. A rational approach had already been tried by the gynecologist, but unfortunately without success. I would have to try a comprehensive and affective rescue. It would be a difficult approach, but it seemed to be the only one possible.

Clara didn't show much curiosity or anxiety, but she asked me what I thought about the ovarian cyst, again assuming the diagnosis of a benign disease. I replied that I would need more time. I would like to hear her story and do a physical exam. I justified it by saying that her case had started backwards and that we needed to reorder it.

Even denying the disease, Clara was a doctor and knew that this would be the correct semiotic way of making the diagnosis and guiding the treatment accordingly. She had been trained in a qualified medical center and was widely recognized for her strong adherence to methodological principles. I had used this peculiar behavioral trait to start a good doctor-patient relationship.

To be continued in PLOT 3 (conflict) …