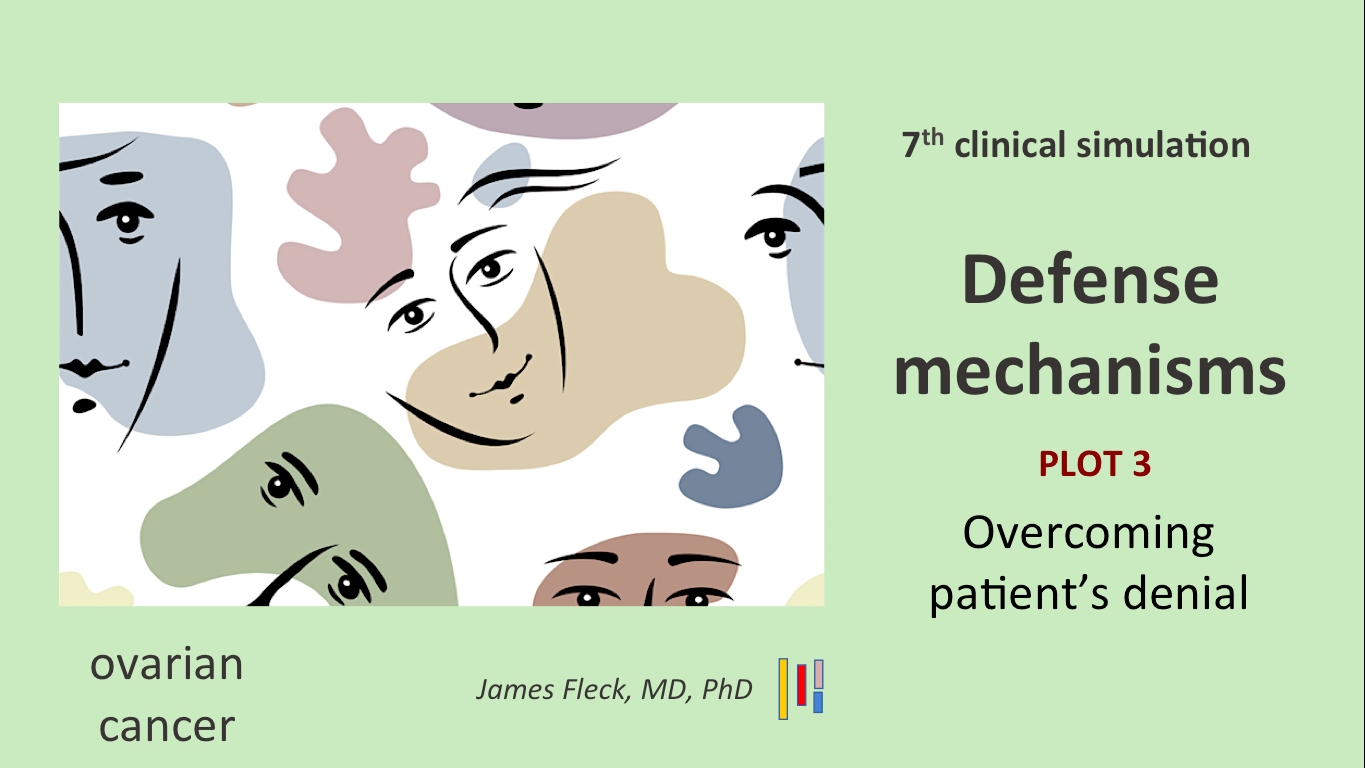 She would have the opportunity to talk about her current situation, without censorship or predefined diagnosis. She started by saying that she had never been sick before. She never took any medicine. She never had surgery. She has always been in good health and has always overcome all family and professional problems on her own. She went through a litigious and traumatic divorce, maintaining custody of her children. Currently, she had a good relationship with her ex-husband. She entered menopause at age 45, having started with a menstrual abnormality two years earlier. She chose not to take hormone replacement, as she had no other symptoms and was aware of the associated risks. She never smoked, kept a careful diet and exercise regularly. She enjoyed routine life and had strict moral principles. She admitted that she overprotected her children after the divorce. She justified that it was a way of relieving guilt. She sought psychological support for six months, but did not find it useful and assumed she would recover on her own. Three months ago, she started having constipation and feeling a swelling in her lower abdomen. She attributed the complaints to a change in diet and started to eat more fruits and vegetables. She noticed an improvement in intestinal function, but the sensation of abdominal distension persisted, accompanied by intermittent and mild pelvic pain, predominantly in the sitting position. She felt less energetic, but even so she intensified the physical activity, because she thought she was getting lazier, which could justify the pain. A few months passed and she went for a routine gynecological check-up, in which an ovarian cyst was found.

She spoke clearly and objectively. Her report was spontaneous and accurate.

I intentionally chose not to ask questions.

I only asked Clara for permission to perform a physical exam.

I explained that it would be a complete physical exam and Clara agreed.

There were no changes in the inspection of the skin and mucous membranes. There was no lymph node enlargement. His blood pressure was normal, as well as cardiac and respiratory auscultation. There was slight edema of the lower limbs, with no signs of venous insufficiency. Her arterial pulses were normal and symmetrical. The neurological evaluation did not reveal abnormalities in the cranial nerves, general strength and sensitivity were preserved, combined with normal reflexes. There were no changes in gait or any other sign of impaired balance. The dilated fundus examination showed no signs of diabetes, hypertension or atherosclerosis. The abdomen was slightly distended, with a normal sized liver and spleen. The pelvic examination revealed a large tumor in the topography of the right ovary, which occupied most of the homolateral pelvis.

Throughout the physical exam, I kept Clara informed about the findings.

When I talked about the presence of a large pelvic mass, I realized that Clara was not surprised, saying that this probably explained the sensation of pain and pressure previously reported in the lower abdomen.

Clara's comment was impassive, giving the impression that she was talking about someone else, which was consistent with the denial. In addition, she was not interested in the diagnosis, prognosis or treatment recommendations.

I left the exam room and thought for a few minutes about the best approach to use.

When I met Clara again, she was standing, waiting for me, holding her bag and ready to leave.

I informed Clara that we would have to talk.

I explained that she had a disease located in the lower abdomen and that this finding was consistent, as it had appeared on both physical examination and abdominal CT. I said that the problem had probably arose in the right ovary, but a surgery would be needed to make the definitive diagnosis and assess the extent of the disease.

Clara argued that she could not stay away from her activities for a long time, as she had many pending professional and family responsibilities. She would have to coordinate an international congress, attend to Luiz's law school graduation and help Ana organizing an exhibition of her artworks, scheduled for next month.

She suggested postponing decisions to a more convenient time.

I could understand the denial mechanism, as long as it didn't create a risky situation for the patient. Clara had already failed to comply with her gynecologist's recommendation. Her attitude indicated that she was avoiding treatment. I would have to find a way to obtain her consent for proper treatment of the disease. However, I shouldn't frighten her, as I knew that aversive comments would bring unfavorable results.

I decided for a quick resolution approach.

I suggested to Clara that we would carry out the procedures as quickly as possible. This would allow her to recover her health soon and perhaps be able to fulfill her commitments in time.

I immediately contacted a gynecologic oncologist surgeon and explained the case in detail, emphasizing the denial mechanism, as well as the need for quick intervention. My colleague understood the situation and asked Clara to look for him that same afternoon for preoperative guidance. He scheduled the surgery for the next 48 hours. He also requested the presence of a pathologist for intraoperative pathologic examination.

If a carcinoma were confirmed, the surgical plan would require removal of the ovaries, tubes and uterus. It would also be necessary to remove the omentum, an intraperitoneal fat, located in the upper part of the abdomen. The entire peritoneal cavity would be examined, following the recommended criteria for surgical staging of ovarian cancer.

I explained the approach to Clara. She sighed with relief, as the flow of decisions was moving fast.

However, I warned that it would be a major surgical procedure. It could not be done with laparoscopy, or with a small suprapubic transverse surgical incision. A large vertical incision would be necessary, so that the surgeon could access all anatomical areas and remove the entire disease. It was not a risk-free procedure, but it was absolutely necessary.

I informed her that I would take care of her throughout the hospital stay.

Clara thanked the referral and went to the surgeon's office. Before leaving she asked if I could see her children again and explain the referrals, admitting that she was feeling uncomfortable doing so.

I replied that my secretary would make contact and arrange the meeting with the children within the next 24 hours. Therefore, they would be well informed before surgery.