Living in the real world 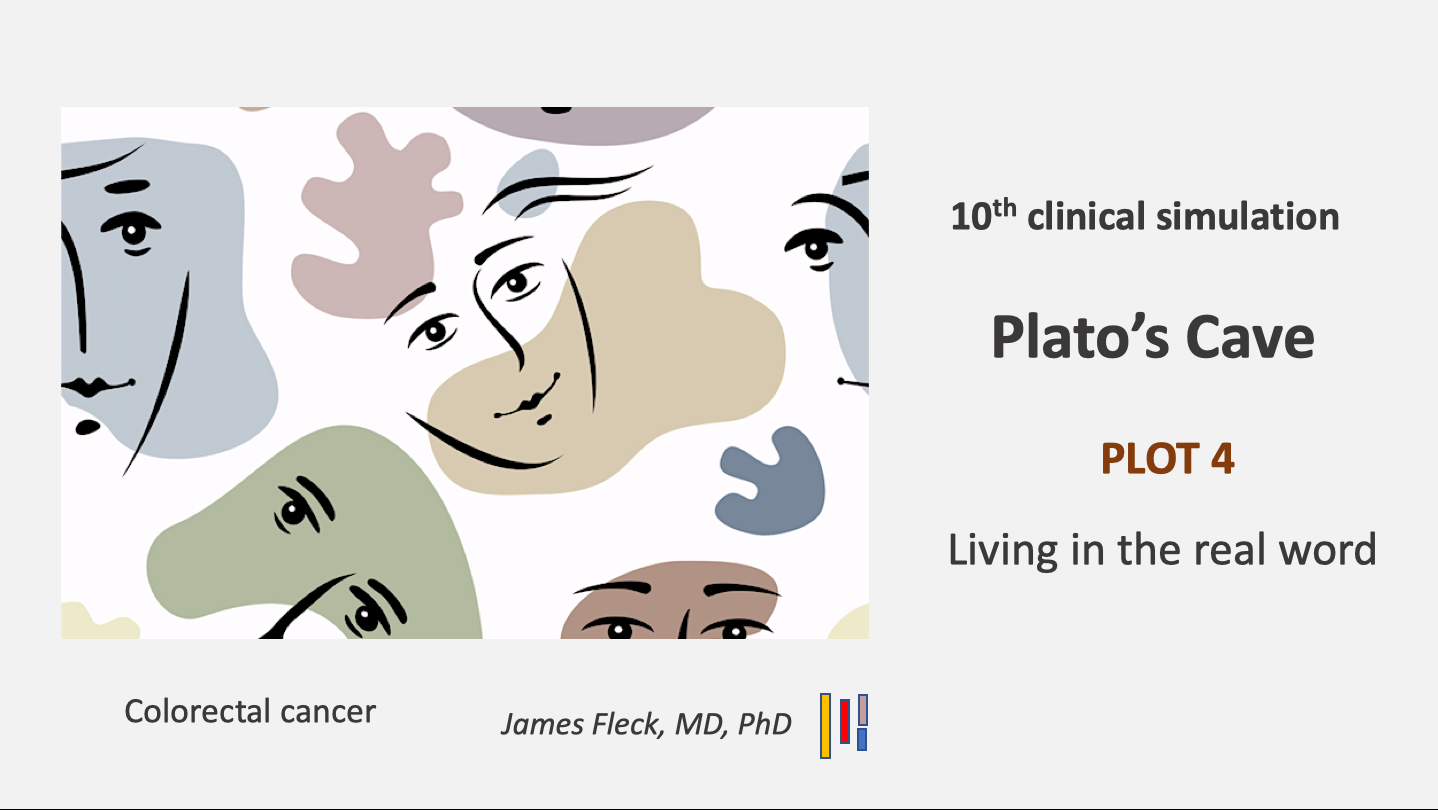 Dealing with cancer requires a sequential approach. Decision making must be based on facts. The facts must be submitted to the physician's critical view. Recommendations are supported by evidence and level of recommendation. Precise information for patients and family members makes up the cognitive step of a multidimensional integrative care.

At the last meeting, Arthur expressed resilience. Past suffering has strengthened his ability to face the current crisis. After Arthur diverted his thinking from the childish fantasy, he resumed a positive proactive behavior. He began to deal with the disease in an organized and confident way. Rescuing family dialogue was an essential step. He came to accept the unpredictability of life and was no longer afraid. He recognized the need to build relationships that would help on his care and emotional support. He offered no resistance to dialogue about his illness and demanded to be clearly informed. He had assumed an inquisitive attitude, which was very healthy in building an appropriate doctor-patient relationship. He was prepared to face the adversities often seen in the diagnosis and treatment of cancer.

Arthur returned to the office with the requested additional exams. He came accompanied by Heloise and their two children. My secretary gathered the exams and brought them for my evaluation. She had been instructed to do so, as I was supposed to review the results before seeing the patient. I realized that there were two different moments. In the first, my attention would be focused on the purely technical context, considering the evidence. In the second moment, my focus would be on how to deal with patient's reaction.

I opened the envelopes. I looked at and evaluated the blood tests and images. Initially, CEA caught my attention. It was very high. Its value was 32 ng/mL. Under normal conditions and in non-smokers, the value should not exceed 2.5 ng/mL. With the exception of previously detected anemia, the other blood tests were normal. I moved on to tomographic images. Computed tomography of the chest was normal. However, in the abdomen, a large lesion was observed in the right lobe of the liver, approximately 4 cm in diameter, located at the junction of three hepatic segments, which would certainly make its resection very difficult.

I thought about the best treatment plan for a while and asked my secretary to take Arthur and his family to my office. Thirty minutes passed and everyone was naturally concerned about the results. Based on that family dynamics, I knew I needed to be direct and objective. I sought eye contact with Arthur and said treatment approach would be a little longer. I explained that in addition to the primary tumor in the sigmoid colon, there was a metastasis in the liver. This would not indicate incurability, but further evaluation would need to be done. I explained that I would request an exam called PET-CT. This would do a whole-body metabolic screening to exclude the possibility of other sites of metastatic spread. I anticipated saying that if the PET-CT were normal, the intent of treatment would still be curative, but we would have to be prepared for two sequential surgeries. First, the removal of the tumor in the intestine and then the resection of the metastasis in the liver. This plan would involve two different surgical teams. I said that we would talk about this recommendation again after we had the PET-CT result. I noticed that everyone, myself included, were looking at Arthur in anticipation of his reaction. He didn't hide his sadness, but assumed the expected positive inquisitive behavior I have mentioned earlier.

Artur asked: My dear doctor, if the PET-CT were normal, what chance do I have of being cured?

I argued that I thought it was premature to define this probability. It would depend on the surgeons' impression of the resectability of both the primary tumor and the liver metastasis. Perhaps it would be necessary to use a chemotherapy conversion treatment, preceding the removal of the liver lesion, considering its size and location.

This treatment would be done after intestinal surgery. It would consist of a combination of IV drugs with the aim of reducing the dimensions of the liver metastasis, facilitating its subsequent complete removal. However, I didn't want to evade Artur's question with this conversation and replied that we would be working with a curative probability, in the order of 30%.

The family remained silent, respecting Arthur's right to conduct the dialogue. He expressed a strong determination to face the problem and asked: “I know that there is a possibility that more things will appear in the PET-CT. What would happen if the disease had already spread throughout the body?

I replied by saying that we shouldn't anticipate concerns. Dealing with cancer requires a sequential approach. But, even in metastatic disease, there was a chance for treatment. Depending on the molecular classification of the tumor, patients could have a long and qualified survival. It would be necessary intestinal surgery in the same way, as one could not live with the risk of tumor bleeding, perforation or obstruction. Treatment with IV drugs would control the disease for a variable period of time. I explained that in recent years there had been many advances in the systemic treatment of colorectal cancer and that there were situations of long-lasting remission or stabilization of the disease. Sometimes, it assumes the behavior of a chronic disease and patients are kept under permanent surveillance.

Arthur took a deep breath. He looked first at Heloisa and then at the children, saying: I don't think we should press the doctor anymore with hypothetical questions. Let's go ahead. We have a chance and that's what matters most.

I remained motionless, as I had no idea what that family's attitude would be. I knew that family anxiety was always high, especially in situations of uncertain as was Arthur's current condition. Despite Arthur's recommendation, the family could vent, seeking further explanations or justifications. There are situations in which the family places its anxiety above the patient's needs.

Fortunately, this family worked in fine tuning. Everyone respected Arthur's will and ended that consultation.

He had assumed a leadership position in the family's emotional control.

It is interesting how, as we study medicine and integrate ourselves into this world, we notice that the doctor is much more a "follower of rules" that were developed with a lot of research and scientific effort, than an innovative savior and with unique insights, as he lives in the imagination of the people who has no contact with this scientific methodology.

The therm "integrative care" is more than the combination of clinical and surgical services. Sometimes it seems to be more complex for a physician to deal with patient's perceptions and reactions than dealing with the illness itself. Therefore we as students must develop empathy and clear communication skills since day one with a patient.