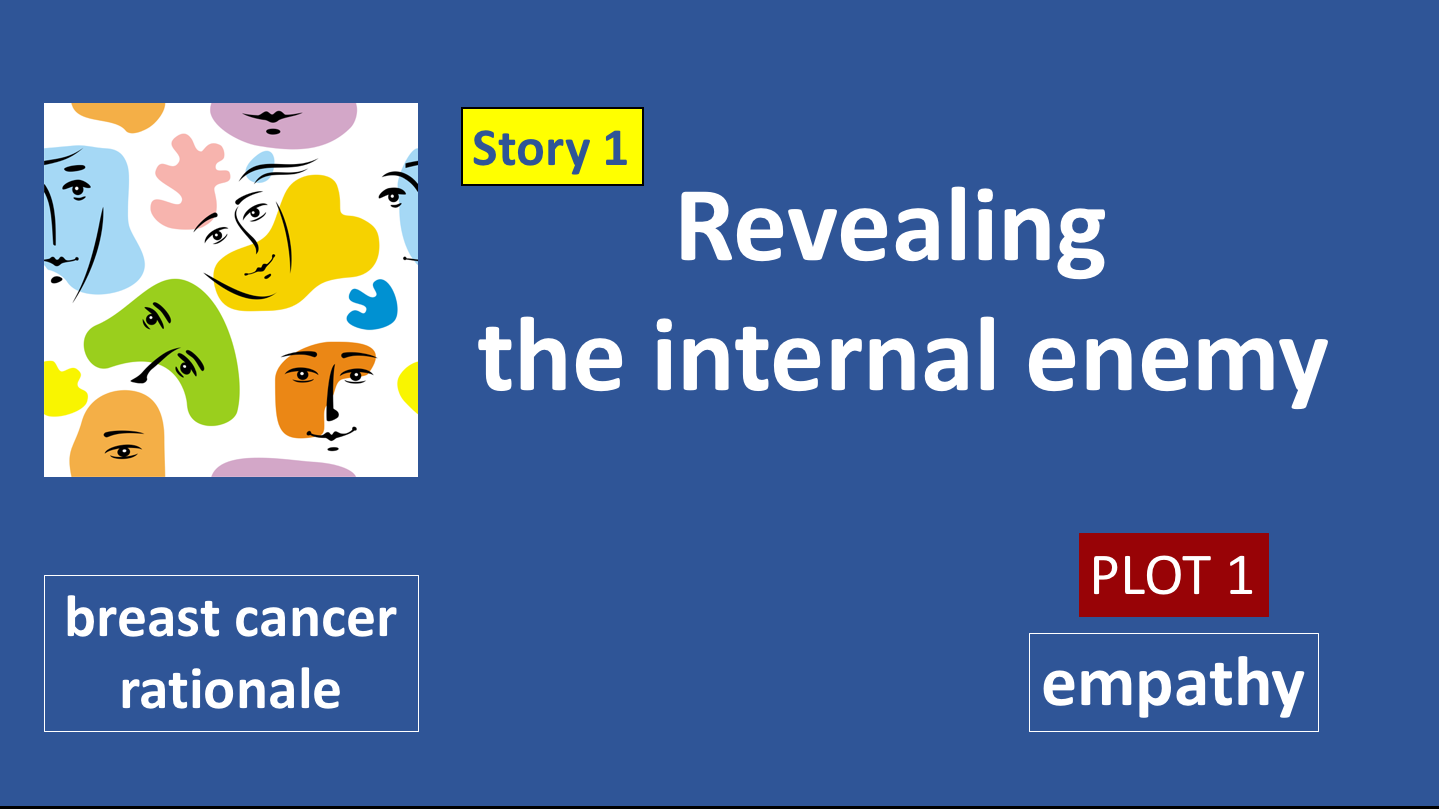 It was a Monday afternoon when thirty-five-year-old Ruth came for her first appointment. Previously healthy, the dedicated mother of two young daughters had just lived through a contentious divorce. In an attempt to resume her normal life, she scheduled a medical check-up. A physical examination was followed by a mammogram and ultimately a breast magnetic resonance image (MRI) demonstrated that a nodule found in her right breast was highly suspicious for malignancy. Shortly after, her gynecologist performed a biopsy that was consistent with a Her-2 positive infiltrative ductal carcinoma. She was here to discuss this finding.

After hearing the news, Ruth was very sad with her fate and feeling betrayed by her body. She could barely talk and when she did, her speech was often incoherent and interrupted by crying. Overall, she had an angry and despondent attitude. While she felt that life was vanishing away, there was underlying hope that the diagnosis was wrong.

Defense mechanisms such as aggression and denial are very common when cancer is first diagnosed and should not be immediately dispelled. They should be respected and worked out at a pace dictated by the patient.

At that moment, I realized that those feelings were blocking her ability to understand the necessary steps to complete the diagnostic investigation and, more importantly, to discuss treatment options.   I decided that the best strategy would be for me to show my genuine interest in helping by listening to her story in an empathetic way.

This is a crucial moment in the patient-doctor relationship. The physician must not only have technical and clinical expertise, but also be able to demonstrate and share his/her own humanity, with a straightforward, accessible and warm attitude.

Thirty minutes had gone by when she suddenly interrupted the cycle of crying and sad blurts, looked straight at me and said: "Doctor, I did not come here just to complain. I want to solve my problem and I need your help”.

The initial half hour served to establish a bond of trust and empathy. At that point she realized that she could safely express her fears without being judged.

Ruth had no major underlying psychological problems but her recent divorce was definitely a major stressor that left her   feeling very insecure. Once she found herself in a supportive environment, she was able to establish a bond with the physician and the initial “blurry” vision and despondency transformed into an active search for focus and commitment.

At that particular moment, our first encounter had reached the main objective and I felt that I was authorized to speak. I said that I would review all her previous studies, talk to all the professionals involved in her care and answer all her questions regarding cancer diagnosis and treatment. I reassured her that she was not alone and that, because she seemed to have an early stage breast cancer, there was a high chance of cure.

I performed a physical examination and noted that the nodule was located in the upper outer quadrant of the right breast. It was about 2 cm in diameter and mobile. There were no palpable axillary lymph nodes. The rest of the physical examination was normal. Although I do not usually make comments at this stage, I expressed my opinion that the disease appeared to be restricted to the breast but that we would need further imaging tests to confirm my cautiously optimistic impression. After leaving the room to give her some privacy so she could put her clothes back on, I came back to find her with a much more serene expression.

It is endearing to see how much emotional support a relatively brief human interaction can provide.

Ruth realized how the disease was interacting with her other emotional fragilities and stressors. Feeling more confident, she turned her initial reaction into a more rational and proactive behavior. As a high school teacher, she knew the power of information and asked for reading materials so she could learn more about cancer. She justified her request by saying that, in order to be better prepared for the fight, she needed better understanding of her "internal enemy"…

Her call to arms was my inspiration to write this book!

I was obviously very impressed by her strong proactive attitude and, after more than one hour, we concluded the first consultation with a feeling of mutual learning.

To be continued in PLOT 2 (raising action): Cancer update …

*       Attention: The story 1 will be published sequentially from the PLOT 1 to the PLOT 6, however it will appear backwards. So, you will always see the most recent publication. Just browse in numbered pages located at the bottom of the homepage and start to read the story 1 from the beginning.