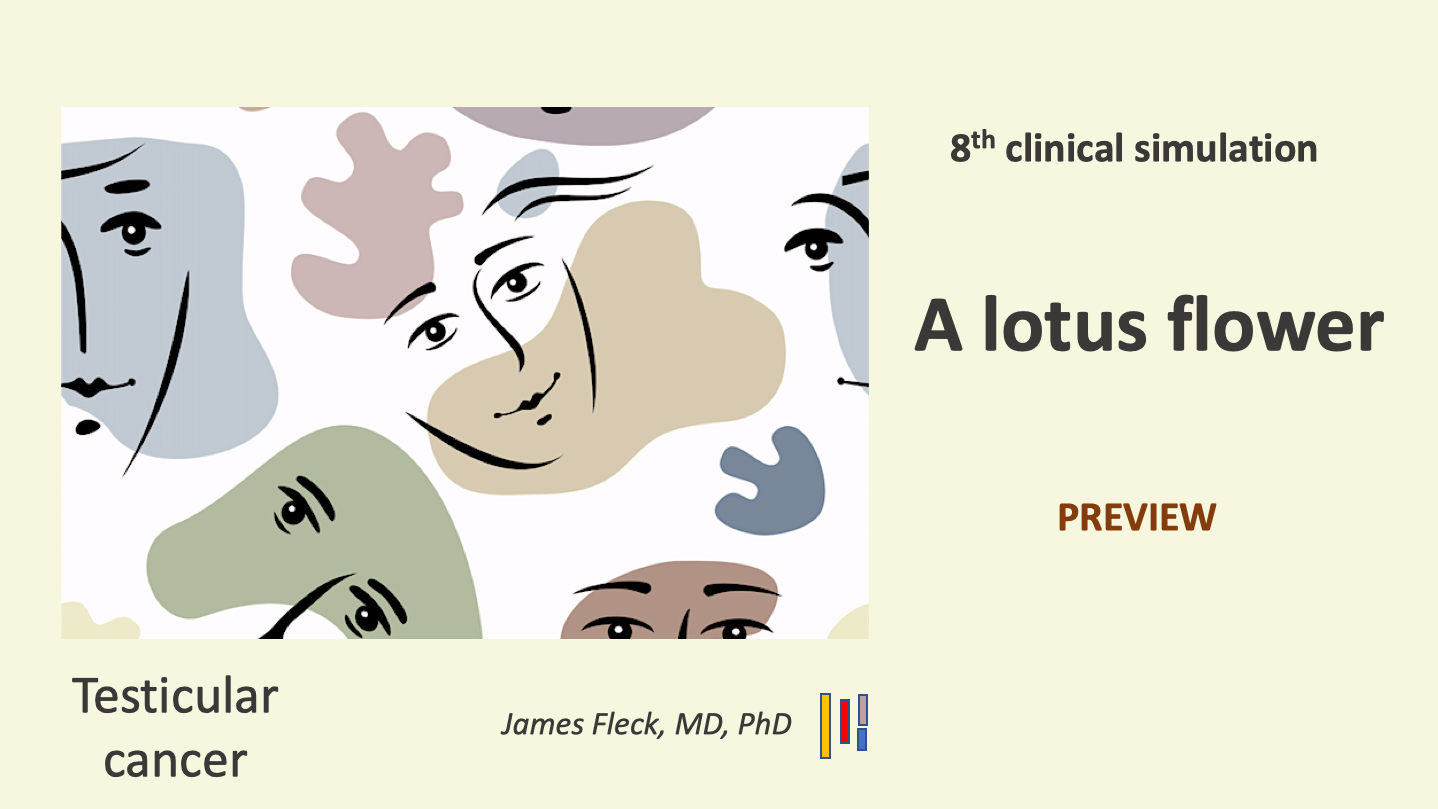 This is the story of Robert, a 23-year-old boy who arrives at the emergency room of the University Hospital with complaints of dyspnea, pain in the left hemithorax and fever. Preliminary clinical investigation revealed a large left pleural effusion with ipsilateral pulmonary collapse. Further investigation showed it to be associated with lung and mediastinal metastases secondary to a testicular tumor. From the first contact, Robert revealed a resilient behavior, related to early coping with adversities in life. He received intensive curative chemotherapy and cooperated in all treatment recommendations, while smoothing out conflicts in his affective life.

The exposition (PLOT 1) took place in the emergency room of the University Hospital, where Robert was received in a threatening clinical situation. He arrived alone and could barely express his symptoms. The raising action (PLOT 2) occurred when Robert was informed about the testicular tumor and its spread to lymph nodes and lung. After draining the pleural effusion, he became less symptomatic, better understanding the physician's rational approach, which improved treatment adherence. The conflict (PLOT 3) was revealed by the family history. Robert lived alone. He never met his father and his mother died after long suffering from drug abuse and AIDS. The climax (PLOT 4) occurred when Robert revealed a double love affair. He was bisexual and emotionally attached to Lisa and Alan. They didn't know about each other and Robert didn't express any preference. The ambivalence was resolved naturally, as Lisa gave up and Alan became his caregiver. In the falling action (PLOT 5), Robert faced four cycles of chemotherapy and a surgery to remove a residual mediastinal teratoma. Gradually, his life returned to normal and he felt strengthened, improving his professional performance and building a stable affective relationship. The resolution (PLOT 6) is presented by the storyteller in a comprehensive biopsychosocial approach.

The graph presented below is a simplified depiction of the story eighth emotional flow. At each PLOT element the patient-physician relationship leads to emotions that occur along distinct time intervals (△t). The actions are responsible for the emotional flow, which is unique to each story. The continuous sinuous blue wave represents the oscillating patient’s emotional state, with the larger inflections representing the “turning points”.

*   Attention: The story 8 will be published sequentially from PLOT 1 to PLOT 6 and you will always see the most recent posting. To read Story 8 from the beginning, just click in the numbered links located at the bottom of the homepage.