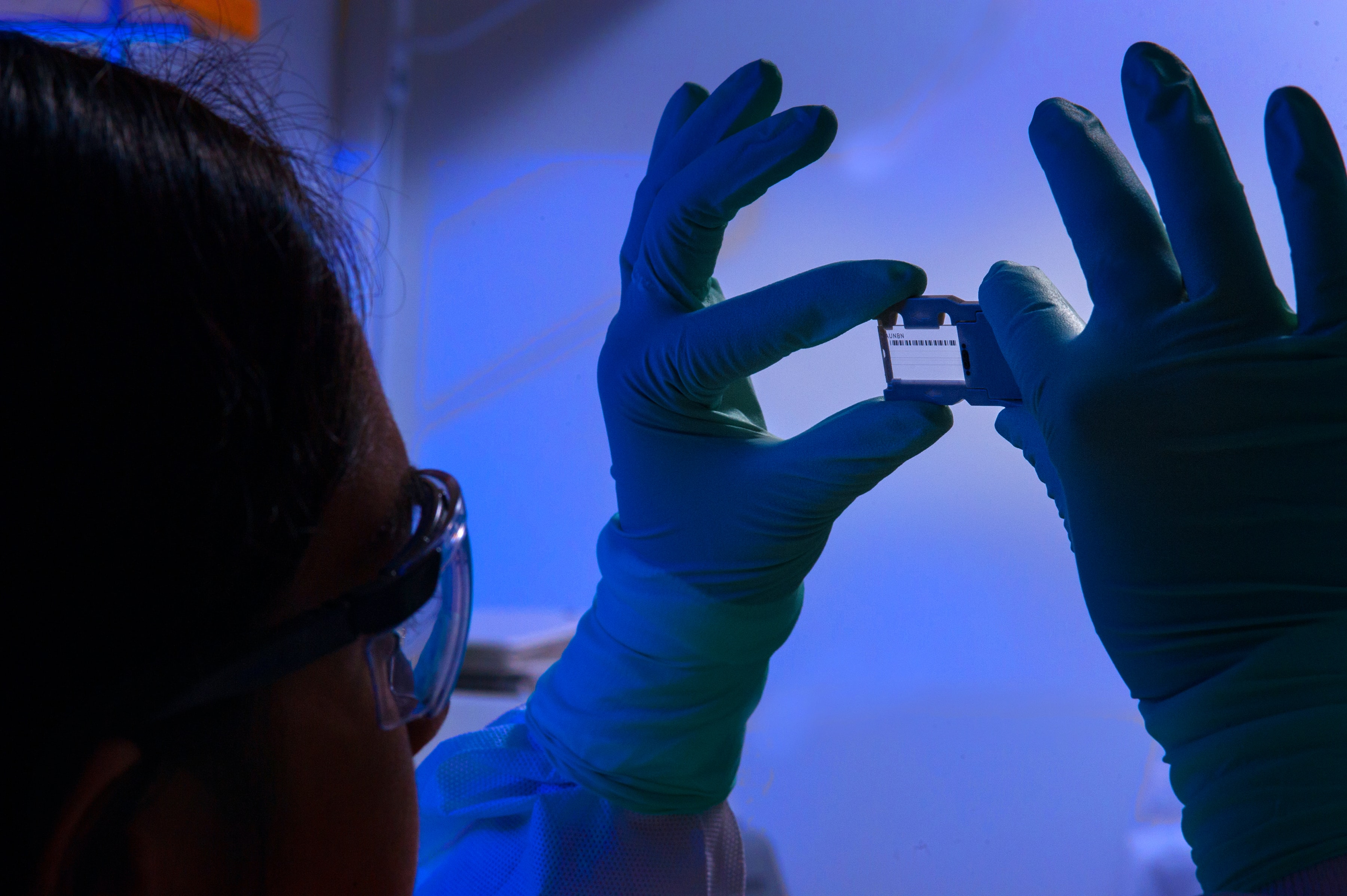 Looking beyond fact and fiction

It is not easy to draw a line between fact and fiction. Usually, fiction is universal and the real is particular. Although fact is not entirely detached from fiction, it is often discrete and specific. By definition, a Universal Cancer Test would be a fiction, but important steps are being taken to make it a reality. Using strict criteria, the early diagnosis of cancer in a blood sample will migrate from fiction to reality only when the sensibility and specificity of the test reach 100%. In medicine, the sensibility of the test is its ability to correctly identify patients with the disease (true positive rate), while the specificity of the test is its ability to correctly identify patients without the disease (true negative rate). Consequently, a false negative is a loss in test sensibility and a false positive is a loss in test specificity. Any index of sensibility or specificity below 100% can eventually cause harm. A false negative (loss in sensibility) means that the test was not useful to detect the disease, and a false positive (loss in specificity) creates a disease where it does not exist. An ideal condition will probably never be achieved and a universal cancer test will remain fictional. However, medical science is not entirely accurate. It is based on probabilities, which magnifies the blurred line between fiction and reality. However, this is the nature of medical science, always requiring mutual understanding and a strong commitment between doctor and patient.

Currently, cancer screening is based on a progressively outdated organ-oriented approach. Tumor prevalence, test positive predictive value (PPV) and the scheduled follow-up are used to calculate the number of patients who need to be screened (NNS) to detect a single cancer. The most efficient model is found in colorectal cancer. The combined use of fecal immunochemical test (FIT) and colonoscopy results in an NNS of 12, leading to a US Preventive Services Task Force (USPSTF) recommendation as category A (high certainty of substantial net benefit). In addition, only the Pap smear for cervical cancer is also classified as category A in the USPSTF recommendation. Screening for these two malignant tumors has substantially reduced their incidence and mortality. Breast cancer mammography screening for women age 50 – 74, and lung cancer screening with low-dose CT for 30+ pack years current smokers age 55 – 80, including those quitting within 15 years, are considered USPSTF category B (high certainty of moderate net benefit) recommendation. Although this organ-oriented approach encompasses the three most prevalent tumors in the world, it is far from the ideal concept of a Universal Cancer Test.

The lights came on for the first time in July 2015, when JAMA published a preliminary communication of noninvasive prenatal testing (NIPT) and incidental detection of occult maternal malignancy. A NIPT using massively parallel sequencing of cell-free DNA (cfDNA) in maternal plasma, looking for fetal aneuploidy screening in chromosomes 13, 18, 21, X and Y showed a false-positive discordance in 10/3757 patients. A possible biological explanation for the discordance with the normal fetal karyotype was maternal malignancy. Tumor DNA was presumably shed in maternal circulation and depicted by NIPT. A maternal malignant disease was detected in all 10 discordant patients and based on written consent 8/10 patients were further subjected to genome-wide bioinformatic analysis. A translational study has been recently published, detecting abnormal plasma cfDNA in both localized (50%) and metastatic (80%) malignant tumors. A multi-organ cancer screening (Universal Cancer Test) has being pursued. Breaking a paradigm, it should be performed non-invasively in a single medium, like blood, saliva, urine or breath and should be cost-effective. Published in February 2018 on Science, a multi-analyte blood test called Cancer-SEEK described the detection and localization of eight surgically resectable human cancer types. Using machine-based learning to analyze the data, Cancer-SEEKassessed tumor specific mutations in circulating DNA + eight circulating proteins biomarkers. The test’s sensibility ranged from 69% to 98%, depending on the tumor type and the specificity was higher than 99%. Despite these interesting preliminary results, the test cannot yet be applied to general population. Major limitations include a wide sensibility range combined with its gradually decreasing rate in earlier cancer stages, reaching as low as 40% in tumor stage I. This is the most important caveat, since the main benefit of a cancer screening test is normally restricted to early detection. Additional validation using a different dataset should be pursued with prospective randomized trials demonstrating survival benefit. Epidemiological pitfalls like lead-time bias e length-time bias should also be considered. The Australian Center of Personalized Nanomedicine published in Nature Communications the proposed use of Methylscape as a universal cancer biomarker. The attributed name Methylscape derived after epigenetic reprogramming cancer genome, which creates distinct DNA methylation landscape presented in most cancer types. Differences in DNA solvation and DNA-gold affinity between malignant and normal genomes sustained a colorimetric one-step assay, which can be analyzed in less than 10 minutes. Further efforts in will be necessary to translate this knowledge into clinical setting. Cancer heterogeneity and evolutionary changes also restricts a reliable tumor signature. Combining cancer biological knowledge and bioinformatics, a well-designed start up called Grail, located at Menlo Park, California faced the challenge to discover the millions of unique patterns that define cancer. Grail created a universal task-force producing high quality-data and translating it into actionable information for cancer care. A subset analysis from the Circulating Cell-free Genome Atlas (CCGA) study was recently presented at ASCO Breakthrough in Bangkok, October 2019. It was a simultaneous multi-cancer detection and tissue of origin localization using targeted bisulfite sequencing of plasma cell-free DNA. Plasma cfDNA was subjected to a targeted methylation sequencing assay using high-efficiency methylation chemistry to enrich for methylation targets, and a machine learning classifier determined cancer status and tissue of origin. Performance was reported at 99% specificity and the sensitivity ranged from 34% for stage I to 92% for stage IV malignant tumors. However, 99% specificity is still not enough. Dealing with 1% false positives is not yet accepted due to the inevitable fear of false diagnosis imposed on the general population. Despite international efforts, a Universal Cancer Test is still wavering between dream and reality.

The results obtained in recent studies still do not bring great benefits for the entry of a Universal Cancer Test into clinical setting. The sensitivities are low for the early stages of the disease in the methods used by Joshua et al. and by Geoffrey et al., and the specificity obtained by Geoffrey et al. - although high - is still not enough considering the purpose of early detection of cancer. It is important to notice, however, that a lot of progress was achieved in the past five years. Eventually, a Universal Cancer Test should become reality in clinical setting.

Fact and fiction are very close and practically inseparable. In history, many times, man takes fiction and uses his creativity to create new things and improve others, making fiction a fact. So, fiction can be seen as a fuel for advancement, for example, when I was a child we saw films in which cars listened to their owner and responded to commands, today this is possible. But we need to be careful, fiction can sometimes harm some people who think they can do everything because in a few years we will have new drugs and treatments. Seeing the advances in universal testing is incredible, although we know that medicine is not an exact science and universal testing probably cannot achieve 100% specificity and specificity, it can work in combination with other methods to help define which ones people deserve screeening more often. This shows once again the importance of multidisciplinarity.