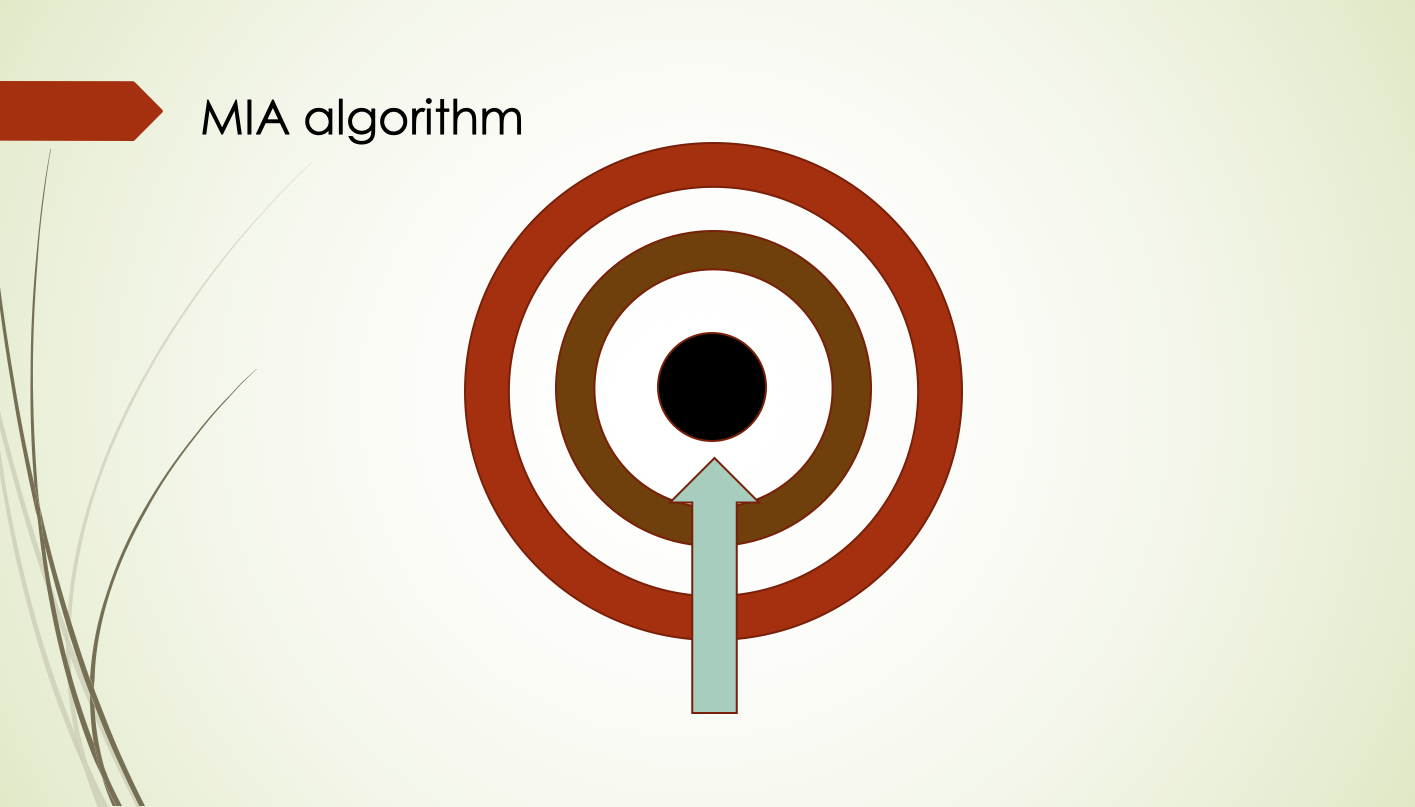 Melanoma ranks fifth in cancer incidence in USA. In 2021, Cancer Facts & Figures of the American Cancer Society estimated 106,110 new cases and 7,180 melanoma-related deaths. Data from the International Agency for Research on Cancer show Australia and New Zealand with the highest incidence (ASR = 36.6) and mortality rate (ASR = 4.7), respectively. In fact, melanoma ranks fourth in incidence in Australia and sixth in mortality in New Zealand. The incidence of melanoma is increasing worldwide, and the 324,635 new cases diagnosed in 2020 appear to be underestimated. Although the incidence tends to increase, the mortality from melanoma has been decreasing. The downward trend in the mortality rate has been attributed to education in sun protection, screening for early diagnosis and new and efficient therapeutic approaches. The physician should be encouraged to perform a full-body skin examination. Global training in dermoscopy would increase diagnostic sensitivity and specificity. Controversy persists over the effectiveness of systematic screening for melanoma. Although not based on a randomized trial, a national statutory program for the early detection of skin cancer has been implemented in Germany since 2008. It was supported by the results of the SCREEN project, which brought together 360,288 participants from a total of 1.8 million eligible citizens. Five years after SCREEN, a substantial decrease in melanoma mortality was observed in both men and women. Nevertheless, disease progression leads to sequential molecular changes that make melanoma more refractory to therapeutic interventions, worsening prognosis. Tumor progression is characterized by aberrant proliferation, loss of apoptosis, metastatic spread and induction of angiogenesis, which is mediated by a signal transduction pathway called MAPK (Mitogen-Activated Protein Kinase). Some molecular abnormalities, such as the BRAF V600E mutation, have been used for specific therapeutic interventions in more advanced melanoma and, together with early diagnosis, have recently reduced its mortality rate. However, much remains to be done and qualified treatment for melanoma should include better outcomes as well as careful selection against unnecessary iatrogenic interventions.

In June 2020, the Journal of Clinical Oncology published the Melanoma Institute Australia (MIA) nomogram, better predicting sentinel node positivity. The model is available on line (www.melanomarisk.org.au). As shown in the figure below, the calculated risk is based on six parameters: age, tumor thickness, melanoma subtype, number of mitoses/mm2, ulceration and lymphovascular invasion. Postoperative complications related to sentinel biopsy include infection, lymphedema and neuropathic pain, which could be avoided using MIA calculated risk threshold in the range of 5% to 10%. Sentinel node positivity is an important prognostic factor, also contributing in the adjuvant treatment decision-making. Based on the area under the curve (AUC) of receiver operating characteristic (ROC), using both sensitivity (true positives) and specificity (true negatives) MIA nomogram was validated. MIA nomogram showed an AUC = 73.9%, which compared favorable with previously used MSKCC nomogram (AUC = 67.7 %), providing an absolute gain of 6.2%. Consequently, the number of patients undergoing unnecessary sentinel lymph node biopsy was significantly reduced, contributing to a more qualified care for melanoma.

Due to the high UV radiation and behavioral risks, an increase in the incidence of melanoma in the world has been observed. However, unfortunately in Brazil, for example, there is still a lot of underreporting of this condition. Therefore, according to this text, a model that can be followed is that of Australia, which even with a small number of dermatologists compared to Brazil, the incidence of melanoma is higher. This is because dermoscopy and screening are performed, but also not only by general dermatologists in review and follow-up appointments. Thus, melanomas are present in the Australian population with early diagnosis and cure, with low mortality. Thus, ideally, it would be necessary to apply this training to all general practitioners and physicians who are not specialists in dermatology, encouraging them to investigate how the patient, but with the possibility of a cure, is diagnosed early.

Sentinel lymph node biopsy provides very important prognostic information. However, it is an invasive procedure that may be associated with relevant morbidity. Thus, the development of an online tool that accurately reduces the unnecessary indication of this procedure is extremely relevant for both doctors and patients to minimize the associated costs and minor morbidity risks, while also providing the most accurate prognostic and staging information.

There is an urgent need for better training for doctors to deal with such a problem in Brazilian public health. It is unacceptable that, in a country of continental extension like Brazil, it does not have a policy to combat this skin disease. Taking only Rio Grande do Sul as an example, we have approximately one thousand and one hundred dermatologists, a specialty capable of dealing with melanoma in a population of approximately eleven million inhabitants. Australia, for example, the country with the highest global incidence of melanoma, has approximately 300 dermatologists to monitor the national territory, with about 26 thousand inhabitants, more than double the population of the southern Brazilian state. This is due to a policy of training general practitioners in diagnosing this disease that can be fatal. Unfortunately, it is still a distant reality for the tupiniquim nation.

Although skin cancer tends to increase, mortality has been decreasing and this is due to the population's awareness of the use of sunscreen, screening with the aim of obtaining early diagnoses and new therapeutic approaches. For this reason, physicians, not only dermatologists, but mainly primary care physicians, should prioritize the whole-body skin examination, which would increase diagnostic sensitivity and specificity. In Germany, the SCREEN project was established, a national program for the early detection of skin cancer, and after five years of its institution, a significant decrease in mortality from melanoma in the population was observed. And although there are already some therapeutic techniques, studies are still needed that can improve qualified treatment and a careful choice to avoid unnecessary interventions such as lymph node centinelle, which can lead to infection, lymphedema and neuropathic pain. With the Melanoma Institute Australia (MIA) nomogram, it allowed a better prediction of sentinel lymph node positivity, in this way the number of patients undergoing unnecessary sentinel lymph node biopsy was significantly reduced, contributing to a more qualified assistance for melanoma.

Although melanoma is a cancer of increasing incidence, related mortality has decreased thanks to education in sun protection, screening and early diagnosis; not mention the new therapeutic approaches. This means that the competence of physicians, dedication to careful anamnesis and new techniques are essential variables for a more assertive technical assistance.

Melanoma occupies the 5th place in cancer incidence in the USA. The worldwide incidence tends to increase, but mortality has been decreasing, which is due to greater education with sunscreen, early diagnostic screening and new therapeutic approaches. melanoma should be stimulated, as disease progression leads to molecular changes that make treatment more difficult and worsen prognosis. Tumor progression is characterized by aberrant proliferation, loss of apoptosis, metastatic spread, and induction of angiogenesis, which is mediated by via MAPK. A qualified treatment for melanoma should include better outcomes and reduction of unnecessary iatrogenic interventions. Sentinel lymph node positivity is an important prognostic factor, contributing to the decision regarding adjuvant treatment

Although the incidence of melanoma is increasing, its mortality worldwide has been decreasing, thanks to greater education with sunscreen, early diagnosis and new therapeutic approaches. A quality treatment for melanoma must include better outcomes and reduction of unnecessary medical interventions. Therefore, in January 2020, the MIA nomogram was published, anticipating sentinel lymph node positivity. By MIA, the risk is based on six parameters: age, tumor thickness, melanoma subtype, number of mitoses per mm², ulceration and lymphovascular invasion .The MIA was validated, and showed an AUC of 73.9%. After that, the number of patients undergoing sentinel lymph node biopsy was significantly reduced, thus contributing to a better care of patients with melanoma and a decrease in invasive medical procedures and unnecessary.