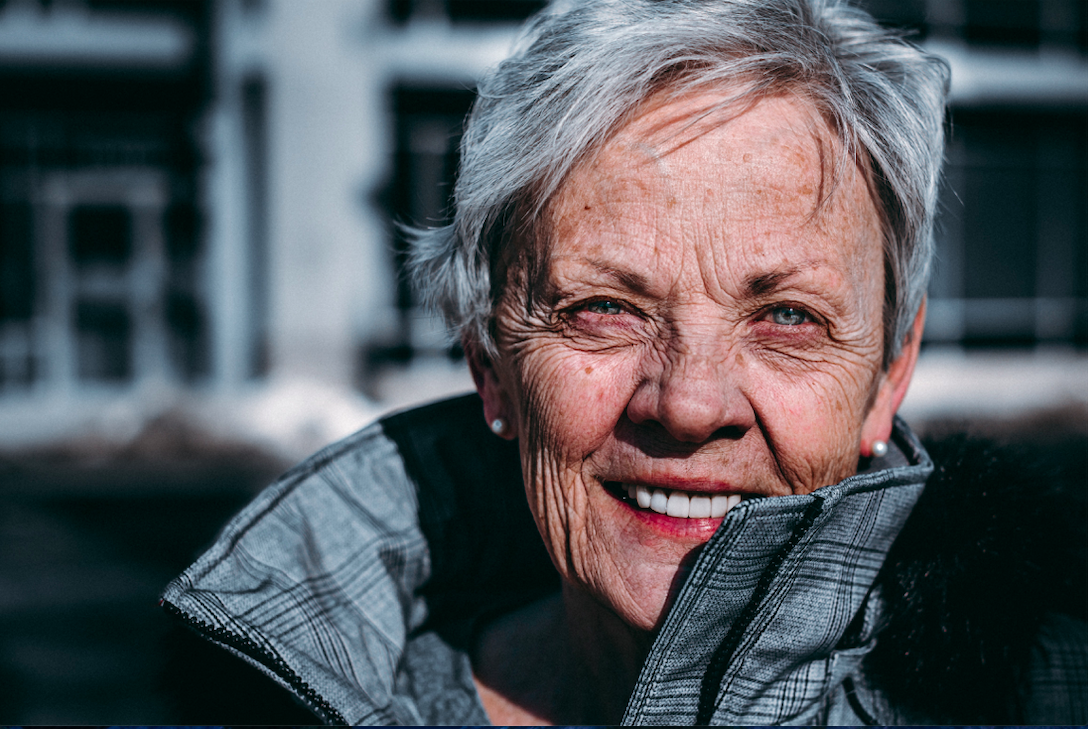 Advances in personalized medicine and nanotechnology

According to WHO, breast cancer is the main malignant disease in women, reaching a global incidence of almost 2.1 million (ASR = 46.3). Her2-positive breast cancer is found in approximately 20% of patients and reveals metastatic disease in roughly 30% of cases, affecting 120,000 women a year worldwide.  Although Her2-positive metastatic breast cancer is an incurable disease, long-term survival has been achieved with well-designed sequential treatments. Disruption of Her2-mediated signaling pathway was achieved with two monoclonal antibodies with complementary mechanism of action. First, trastuzumab was developed, binding to the extracellular domain of the Her-2 receptor, promoting cytotoxicity and additional independent blockade of cell proliferation. Subsequently, pertuzumab was identified, binding to a distinct epitope (subdomain II) of the extracellular domain of Her-2 receptor. This action prevented receptor dimerization, leading to impaired tumor cell function. The potential benefit obtained from the combined use of the two MoAb was assessed by a phase III prospective randomized trial called CLEOPATRA. The end-results were presented in the 2019 ASCO Annual Meeting in Chicago after a median follow-up of 99 months. The median OS difference, favoring the double blockade (pertuzumab + trastuzumab + docetaxel) was 16.3 months, when compared to the control arm (placebo + trastuzumab + docetaxel). The median duration of  progression-free survival (PFS) and overall survival (OS) were 18.7 months and 56.5 months, respectively. The landmark analysis after 8 years of follow up in the ITT population showed an unprecedent 37% OS in Her-2 positive metastatic breast cancer patients, leading to the concept of disease chronification.

Despite the encouraging results of the CLEOPATRA trial, most patients (63%) with Her2-positive metastatic breast cancer will progress after double blockade. Trastuzumab emtansine (T-DM1) is an antibody-drug conjugate (ADC) made up of trastuzumab, stable linked to a highly potent chemotherapy (DM1). Similar to the pharmacodynamics of vinca alkaloids, the binding of DM1 to tubulin prevents the assembly of microtubules, but, being 100 times more potent, it will express dose-limiting toxicity. The clinical use of DM1 was only possible due to the development of nanotechnology. A non-reducible thioether linker (MCC), referred as the proprietary drug linker keeps trastuzumab attached to the proprietary payload (DM1) in the T-DM1 ADC. As a consequence, T-DM1 expresses a very effective pharmacokinetics, since T-DM1 ADC could be selectively decomposed inside tumor cells, while remaining stable in the systemic circulation, preventing extensive, nonspecific and undesirable release of chemotherapy. Breast cancer cells expressing Her2 gene amplification have up to 1 - 2 million receptors per cell, favoring specific binding of T-DM1. The Her2-T-DM1 complex is then endocytosed and fused with a lysosome, where it undergoes proteolytic degradation, finally releasing the active chemotherapy DM1 (proprietary payload). Two phase III prospective randomized trial, sequentially published in Lancet Oncology, revealed the clinical benefit of using T-DM1 in Her2-positive metastatic breast cancer patients who had progressed on two or more Her2-directed regimens. In the TH3RESA trial, T-DM1 was compared to clinician’s choice therapy and in EMILIA trial, it was compared with lapatinib + chemotherapy. There was an improvement in the overall survival favoring T-DM1 in both studies. The median OS observed in T-DM1 arm was 22.7 and 31 months in the TH3RESA trial and EMILIA trial, respectively. The routine clinical use of T-DM1 further expanded the concept of Her2- positive metastatic breast cancer as a chronic disease.

The median duration of the response to T-DM1 varies according to previous treatments, ranging from 6 to 10 months. In February 2020, the New England Journal of Medicine published two additional treatment options for Her2-positive metastatic breast cancer who has progressed after trastuzumab emtansine. In the HER2CLIMB trial, Her2-positive metastatic breast cancer previously treated with trastuzumab, pertuzumab, and T-DM1 were randomly assigned to receive tucatinib (experimental arm) or placebo (control arm). In both arms, patients also received trastuzumab and capecitabine. Tucatinib is an oral tyrosine kinase inhibitor (TKI) highly selective for Her2 kinase domain. When tucatinib was combined to trastuzumab + capecitabine in the experimental arm of HER2CLIMB trial, the observed 2-year OS was 44.9%, significantly higher than the 26.6% observed in the control arm (P=0.005). A PFS benefit was observed even in patients with CNS metastases. The 1-year PFS was 24.9% in the tucatinib-combination arm versus zero in the placebo-combination arm (P<0.001). Another promise drug is trastuzumab deruxtecan. Here, nanotechnology was used to combine an anti-Her2 antibody (trastuzumab) to a cytotoxic topoisomerase I inhibitor (proprietary payload), using a cleavable tetrapeptide-based linker (proprietary drug linker). In the DESTINY open label, single group, multicenter, phase 2 study, 184 Her2-positive metastatic breast cancer patients who had undergone a median of six previous treatments, including T-DM1, received the recommended dose (5.4 mg per kilogram of body weight) of trastuzumab deruxtecan. The response rate was 60.9% and 6% of the patients had a complete response. The PFS was 16.4 months, suggesting that, even at a very advanced stage and refractory to multiple drugs, there is still hope for Her2-positive metastatic breast cancer patients. Unfortunately, in the DESTINY study, the drug was associated with interstitial lung disease (ILD) in 13.6% of patients, in addition to other grade 3 adverse events. Further studies are needed to define who are the patients at greatest risk for ILD and what would be the best strategy to mitigate this limiting toxic effect.

A couple decades ago, receiving a breast cancer diagnosis was like a painful death sentence. The lack of even minimal effective therapeutic regimens contributed to poor prognosis and high mortality rates. And women knew that. Nowadays is way different. Science evolved to a point in which breast cancer patients survive longer and with more quality due to more effective treatments. Fortunately, women also know that. Science has allowed we, as doctors, to give hope to people.

Analyzing the epidemiological data of breast cancer, its influence and importance in global health is evident. The improvement of therapeutic measures over the years is a huge achievement in medicine, and today even with the diagnosis of an incurable disease, thanks to personalized medicines, the doctor can communicate a good prognosis for patients. These advances were achieved through research and studies with high evidence quality, which specified the therapies, in addition to comparing the combined use of drugs, aiming at the best benefit that also does not generate major harm as patients. The innovations make it possible for the doctor to sincerely reduce fear and increase the hope of women who will face this battle.

Many women around the world need to endure a cancer diagnosis every year, and they suffer even more if a incurable metastatic mutation, like a Her-2, is diagnosed. The advance of science and research about treatments that will increase the quality of life and survival of these women are a big step in a better prognosis pathway. The use of combined drugs, like transtuzumab and pertuzumab, that bind to the receptor and decreases the chances of a worsening of prognosis along the course of the treatment gives hope to thousands of women that are fighting cancer around the world.

Biotechnology has been changing oncologic patients' prognosis during the last years. In Her2-positive metastatic breast cancer we can see the clear benefits that come out when personalized medicine works together with nanotechnology, allowing not only the drawing of the specific mutations of the patient's cancer but also the development of ways to administer the drugs with less toxicity so that their doses can be increased and the effects be better. The result is a disease once synonym of death becoming treatable and patients being permitted to live more and well. I wonder what awaits us in the future.

Nanotechnology is providing greater survival to women with HER-2 metastatic breast cancer, not only because it is more potent in inhibiting microtubule synthesis, for example TDM-1, but also because its toxicity is dose-limited. Thus, through the action of the pharmacological conjugate on its specific receptor, this new technology demonstrates its importance by the indirect action it exerts in bringing more hope to patients.