Life is more than a game of odds 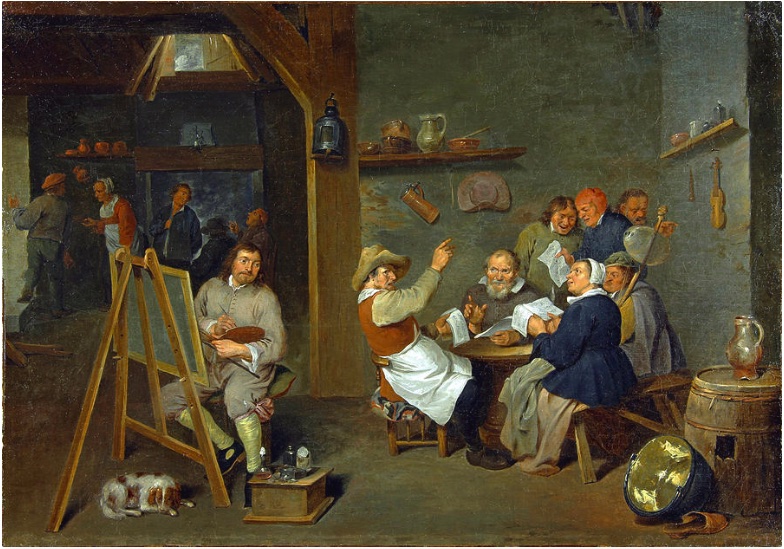 Medical science will be predictable in the near future

Nowadays, randomized controlled trials (RCT) are the cornerstone of medical science. They represent the highest level of evidence to support diagnostic and therapeutic advances. In the history of clinical research, the first RCT was designed in 1946 and chaired by Sir Geoffrey Marshall assisted by two statisticians named Sir Austin Bradford Hill and Philip Hart. The trial was initiated in 1947, evaluating the use of streptomycin in the treatment of pulmonary tuberculosis. Here, Dr Hill instituted randomization, a new statistical process which has been further described in a landmark article published in the British Medical Journal. The central issue, in the randomization program proposed by Dr. Hill, was allocation concealment, replacing the alternating distribution of patients by a new masked strategy, using a set of sealed envelopes, each containing only the hospital name and a number. This technique avoiding selection bias, gradually increased in sophistication through the use of new randomization criteria, including block, stratified or covariate adaptive methodology. For more than 75 years, advances in medical science have been based on random selection, responsible for the unpredictability of outcomes. Medicine became a science supported by statistics, and physicians used to explain their recommendation on the basis of probabilities. RCT and meta-analysis are now used as the best evidence to propose a new standard in disease’s diagnosis and treatment. However, despite the rigorous methodology, standardization does not perfectly match the random process, as it will never include patients with exactly the same risk factors and biological disease clinical and microenvironment behavior. Currently, clinical guidelines are based on the level of evidence and recommendations supported by peer review of the literature, contextualization and consensus. It is a kind of best-fit model, using a heuristic problem-solving methodology.

Cancer is the second leading cause of death in the world. Let's use cancer as a model of reasoning. In the last fifty years, RCT and meta-analysis have created almost the entire evidence-base to support advances in cancer prevention, diagnosis and treatment. Currently, both oncology research and practice have progressively been sustained in precision medicine. A huge amount of data has been obtained from several molecular signaling pathways. All of them are represented by descriptive metaphoric illustrations. Figure 1 shows tyrosine-kinase downstream signaling pathway, one of the various mechanisms associated to carcinogenesis. Here, a communication network is represented at the molecular level and is used to test new targeted therapies, often using RCT and meta-analysis. A similar approach is used in other signaling pathways and in current cancer immunotherapy (blockade of immune checkpoints). However, even in these sophisticate scenarios there are limitations for RCT. The main one is the need to analyze homogeneous populations, assuming that damage is occurring in only one signaling pathway at a time. However, this is a simplistic and artificial view, as is its metaphorical description. Living organisms are dynamic and microenvironmental behavior is dependent on a connected signaling network. In the microenvironment of tumor cells there is phenotypic plasticity, which extends to molecular, genomic, morphological and functional levels. This explains the early recurrence and high level of drug resistance in metastatic disease.

Recently, The Cancer Genome Atlas (TCGA) represented a more integrative methodology. TCGA molecularly characterized more than 20,000 primary tumors, matching normal samples in 33 common cancer types. TCGA has six different comprehensive platforms, compiling clinical, genomic, epigenomic and proteomic data. All platforms are supported by increasing database and can be visually represented. Putting in perspective, this is the beginning of a new era, hopefully sustaining a more accurate methodology to support clinical decision-making. Integrating effort of well-designed knowledge graph and artificial intelligence resources can hopefully identify patterns, both for normal and progressive disease stages. What happens in cancer reasoning model can be extrapolated to other scenarios. These advances would make medical science more predictable in a near future.

Let's momentarily combine science and philosophical reasoning, assuming dialectical interaction as a constructive learning process. Let's start from the premise that medical science can be completely accurate and predictable. What model could best describe biological systems, both in health and disease? Well, almost everything in nature is based on fractal geometry. The human body is entirely composed of fractal geometry. These is observed both in body morphology and physiology. The bronchial tree is composed of the same fractal dimension until the seventh-generation branch and then goes to a higher dimension. Liver, kidneys, brain and pancreas are also organs that can morphologically be described along the same self-similarity fractal rule. Heartbeats follow fractal pattern. Blood flow is fractal. What is very interesting is that cerebral blood flow increases in areas where there is greater neuronal activity. The increasing use of functional magnetic resonance imaging of the brain may evoke fractal patterns in cognitive, emotional and functional activities in both health and disease. Figure 2 shows a Golgi stained Pyramidal neurons from the human visual cortex, using magnification 100X. Making this vision more thought-provoking, the image resembles Jackson Pollock's Summertime: Number 9A, painted in 1948. The artist never studied biology, but he firmly believed that the painting represented the energy and movement of inner forces. Like the neurons in the human visual cortex, Jackson Pollock's work has patterns that resemble fractal geometry, which may indicate an expression of human art oriented both emotionally and physiologically. In nature, behavior can also be supported by fractal patterns. Maybe the best example is the mathematical model observed in the flight of the starlings, a phenomenon called murmuration, due to the elicited sound. It’s a collective expression of movement and noise, sustained by individual signaling code, orienting the entire group. This phenomenon, might resemble the molecular signaling models expressed in the human body microenvironment. Next generation sequencing advances in technology will allow identification of most of DNA variants, including insertions, deletions, duplications, inversions, repeat expansions, and others, which will reflect in the clinical expression of the diseases. Interestingly, a cluster computer nucleotide sequence by fractal analysis has been recently described, expressing a high predictive value.