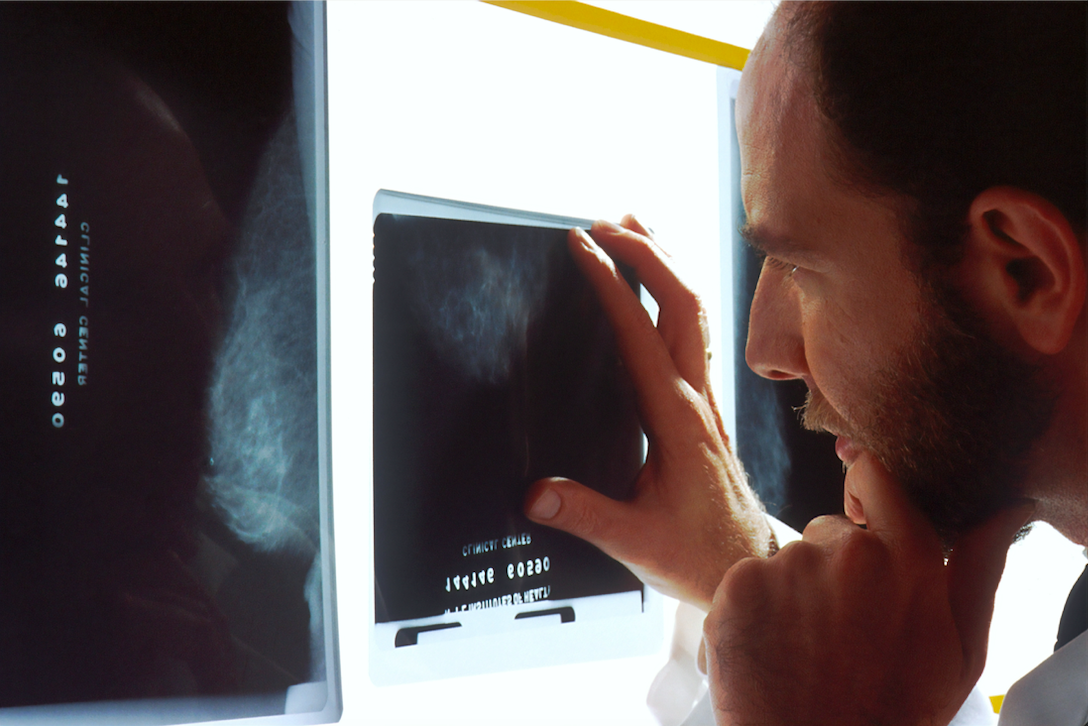 Presently, cancer screening is based on the old-fashioned organ-oriented approach. Tumor prevalence, test positive predictive value (PPV) and timing of follow up are used to calculate the number of patients needed to be screened (NNS) to detect a single cancer. The most efficient model is colorectal cancer. The combined use of fecal immunochemical test (FIT) + colonoscopy results in an NNS of 12, leading to a US Preventive Services Task Force (USPSTF) recommendation as category A (high certainty of substantial net benefit). Additionally, only Pap smear for cervical cancer is also classified as USPSTF recommendation category A. The screening for these two malignant tumors reduces both incidence and mortality. Breast cancer mammography screening for women age 50 – 74, and lung cancer screening using low-dose CT for 30+ pack years current smokers age 55 – 80, including those quitting within 15 years, are considered USPSTF recommendations category B (high certainty of moderate net benefit). Although these organ-oriented approach does encompass the three most incident tumors in the world, it is far away from the ideal concept of a universal cancer test.

The lights came on for the first time in July 2015, when JAMA published a preliminary communication of noninvasive prenatal testing (NIPT) and incidental detection of occult maternal malignancy. A NIPT using massively parallel sequencing of cell-free DNA (cfDNA) in maternal plasma, looking for fetal aneuploidy screening in chromosomes 13, 18, 21, X and Y showed a false-positive discordance in 10/3757 patients. A possible biological explanation for the discordance with the normal fetal karyotype was maternal malignancy. Tumor DNA was presumably shed in maternal circulation and depicted by NIPT. A maternal malignant disease was detected in all 10 discordant patients and based on written consent 8/10 patients were further subjected to genome-wide bioinformatic analysis. A translational study has been recently published, detecting abnormal plasma cfDNA in both localized (50%) and metastatic (80%) malignant tumors.

A multi-organ cancer screening (universal cancer test) has being pursued. Breaking a paradigm, it should be performed non-invasively in a single medium, like blood, saliva, urine or breath and should be cost-effective. Published in February 2018 on Science, a multi-analyte blood test called Cancer-SEEK described the detection and localization of eight surgically resectable human cancer types. Using machine-based learning to analyze the data, Cancer-SEEK assessed tumor specific mutations in circulating DNA + eight circulating proteins biomarkers. The test’s sensitivity ranged from 69% to 98%, depending on the tumor type and the specificity was higher than 99%. Despite these interesting preliminary results, the test cannot yet be applied to general population. Major limitations include a wide sensitivity range combined with a gradually decrease in earlier cancer stages, reaching as low as 40% in tumor stage I. This is the most important caveat, since the main benefit of a cancer screening test is normally restricted to early detection. Additional validation using a different dataset should be pursued with prospective randomized trials demonstrating survival benefit. Additionally, epidemiological pitfalls like lead-time bias e length-time bias should be considered.

Recently, the Australian Center of Personalised Nanomedicine published in Nature Communications the proposed use of Methylscape as a universal cancer biomarker. The attributed name Methylscape derived after epigenetic reprogramming cancer genome, which creates distinct DNA methylation landscape presented in most cancer types. Differences in DNA solvation and DNA-gold affinity between malignant and normal genomes sustained a colorimetric one-step assay, which can be analyzed in less than 10 minutes. Further efforts in will be necessary to translate this knowledge into clinical setting.

Despite international efforts, we are still wavering between dream and reality, trying to find the monster in Loch Ness water samples.

In the field of medicine, it's a tendnecy to dream of a definitive test, or a definitive treatment. The search for holy grail is a constant in humanity, spilling over to all areas of knowledge (ex.: the theory of everything, the perfect player and so on). When faced with a serious illness, such as cancer, it's natural for the patient to be concerned but "how come they haven't found a cure for it yet? or why they haven't detected it before? Compared to the methods of some years ago, we've improved a lot, creating excellent screening programs. Detecting a person with colorectal cancer in 12 may seem little, but analyzing how many Brazilians died of CCR in 2016 (~ 17.000), 1.410 people might have been saved. However, until we reach perfection - something impossible, in my opinion - we will not be satisfied. This is good concerning improving the actual screening mechanisms, but it's also bad if we think that it's our fault or the doctor's fault for our disease.

Oncology seems to remain as a “race against the clock” specialty. Aiming for speed, scientists have turned to screening methods, rendering substantial improvement. Still, there is much left to do. Now, by digging into our cells’ core, one hopes to surpass the organ-oriented logic and reach a more fundamental level of our biological coming-of-age. Nevertheless, the deeper we get, the trickier it gets. Proteins and genes may hold the key to “premature” cancer detection, but it will require sophisticated knowledge, from biophysics to pharmacology, to interpret the signs that could guide us toward the dream of a universal cancer test.

Oncology advanced a lot in treatment and screening methods, but still isn't enough. According to IARC, there are 18 million new cases of cancer every year and more than 9.5 million deaths. The attempt to find an easy, accessible marker that could detect cancer in an early phase with a high chance of cure moves many researches. But finding a marker isn't the only challenge, we still need it to have a good sensibility and specificity, to be cost effective and to impact mortality rates with low rates of overdiagnosis.

Cancer is the second leading cause of death worldwide, behind only cardiovascular disease. An important strategy to reduce cancer mortality is early diagnosis through screening programs. Nowadays, screening is based on an organ-oriented approach. However, medical research is ambitiously pursuing an universal cancer test - a single test capable of detecting cancer in multiple locations. Dreamily, it would be a non-invasive, safe and accessible test. That is an extremely defiancing and daring task, because not only the test would have to be able to detect multi-organ cancers, it would also need to present high sensitivity and specificity.

Despite being one of the most prevalent diseases and with the highest mortality, cancer management remains a challenge. The variety of tumors represents a barrier in creating a universal marker. Currently, we have several researches aimed at finding a way of early cancer detection, improving the prognosis and curing the affected patients. Although the idea seems unattainable, we must remember how fast the evolution of medical practice is and how much cancer management has evolved in recent decades. A joint worldwide effort is required to arrive at an accessible and efficient test.